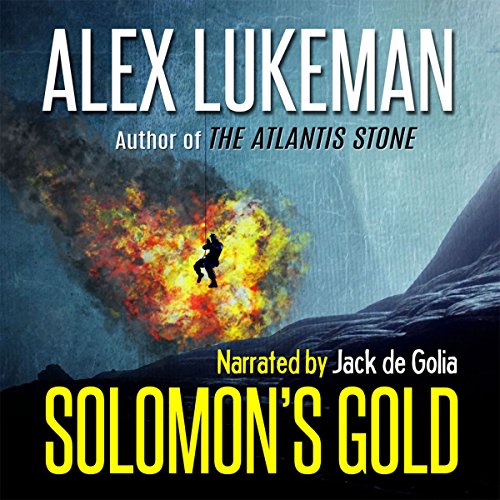 An ancient scroll written in code is discovered in a New York museum. Selena Connor is called in to break the code and translate the writing. She's a world-class linguist, a member of the secretive, covert operations team known as the Project. The scroll reveals clues to a treasure collected by King Solomon to build and maintain the First Jewish Temple. Hidden somewhere in the desert lands of Israel is a vast hoard of gold, the heritage of a nation. Director Harker of the Project sends the team out to discover where the treasure is hidden. Selena is determined to quit the dangers of the field, but this looks like a pleasant change from the usual mission. It's just a simple archaeological expedition, after all. But nothing that involves the Project is ever simple. Betrayal, murder, and vicious enemies stalk the expedition, as Selena and her teammates follow the clues revealed by the scroll. Meanwhile, back in New York where it all began, a sinister plan is unfolding. Will the Project survive their enemies and find Solomon's gold? Can they stop a plot to kill two of the world's most important leaders and thousands of unsuspecting victims? The issue is in doubt!

Nick and the team are back, Selena has announced her limited role with the team, right before they all go on a mission, this mission should be a easy one just a in and out translating mission, but we all know how that works for the team, and soon we find the body count rising, and the race is on, but who will get there first?

Alex Lukeman did not slow down the pace any with this the fifteenth book in the series, there is just as much if not more action in this book than the first. The suspense is just as thick as well, it will have you on the edge of your seat. If you are lucky enough to have the audio version narrated by Jack de Golia you are really in for a treat. He has way of making you loose yourself in the book and making you feel like you are a part of the team, there with them on the missions. Jack de Golia makes each character separate, he is such a talented narrator I will be looking for other books he has narrated.