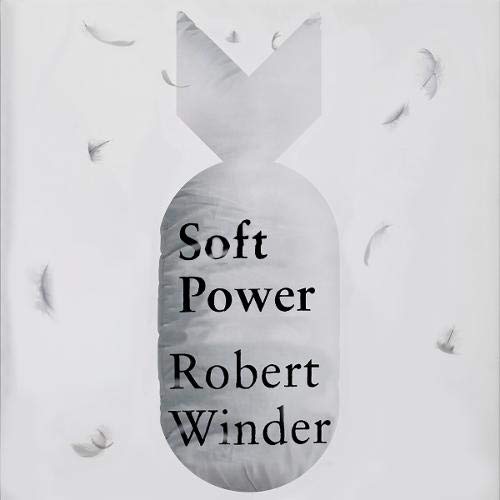 By: Robert Winder
Narrated by: Hugh Kermode
Try for £0.00

There's a new Great Game afoot, and it involves soft power. As national movements resurface across the world, unsettling the international balance, the old-fashioned 'sphere of influence' is making a comeback. Nation states are once again competing to win friends and influence people by selling themselves as alluring brands.

In Bloody Foreigners and The Last Wolf, Robert Winder explored the way Britain was shaped first by migration and then by hidden geographical factors. Now, in Soft Power he explores the way modern states are asserting themselves not through traditional realpolitik but through alternative means: business, language, culture, ideas, sport, education, music, even food...the texture and values of history and daily life.

Moving from West to East, from America to Japan, the book will estimate the weight of soft power by exploring the varied ways in which it operates - from an American sheriff in Poland to an English garden in Ravello, a French vineyard in Australia, an Asian restaurant in Spain, a Chinese Friendship Hall in the Sudan....

Soft power used to be thought of as merely the surface gloss on hard power - the velvet glove on the iron fist. But in the modern world of high-speed data flow and energetic migration, it now packs a decisive punch in its own right.

After the Cold War...the Soft War?

What listeners say about Soft Power

Really disappointing. Preachy and boring. Waste of money. Worst audiobook I have bought in years.

Too soft on power

This book is actually a series of character studies on national identity, it’s not a book on soft power. It doesn’t give much away either about how soft power works, only it’s effects.