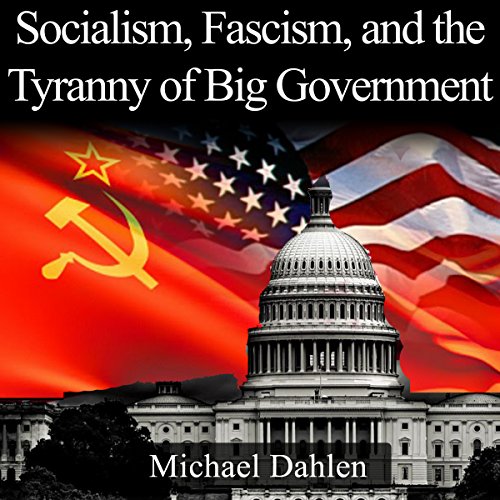 Socialism, Fascism, and the Tyranny of Big Government

Socialism, Fascism, and the Tyranny of Big Government

How do tyrants enslave entire nations?

In popular political discourse, fascism and socialism are portrayed as polar opposites. The former is pegged on the far Right, the latter on the far Left. But this categorization is flat-out wrong. Despite their superficial differences, fascism and socialism - along with Nazism and theocracy - are fundamentally the same. They are all examples of statism and totalitarianism.

These systems oppose freedom, liberty, and individual rights. They impose one-party rule, control or abolish private property, and censor or oppress racial, religious, political, and ideological enemies. They also seek to export their particular brand of tyranny throughout the world. Whether the goal of a tyrant is achieving utopia, enforcing God's will, or establishing a master Aryan race, the results are always the same: purges and show trials, man-made famines and concentration camps, war and mass murder.

Socialism, Fascism, and the Tyranny of Big Government surveys the main statist politico-economic systems. And it concludes with a brilliant analysis of the nature and causes of tyranny.

great introduction to these political systems, short and easy to understand. would recommend to anybody new to politics.

Great over view of all types of statist government

Great introduction to all the types of statist governments, for someone like me who is just starting to read about socialism Vs capitalism, it served as a great primer, even though it is a US dominated book and I'm in the UK.

VERY EDUCATIONAL. I've always pondered the difference between communism , fascism and socialism . Thanks for all the information

The narration of text was such that it didn't let me create imagery. Sounded more like disconn