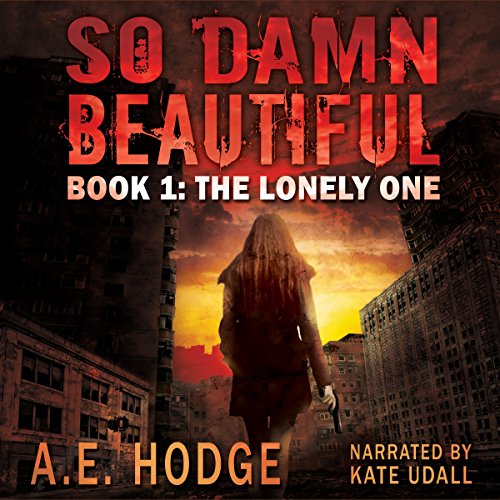 Ever since a drunken one-night stand gone wrong, single mother Meredith Banks can't seem to shake Christian Morgan, the hypnotically attractive and dangerously obsessive intern from her office. It started with the late-night phone calls, the hang-ups, the unwanted visits to her row home in Detroit. Now her son, Troy, all that matters in her world, has gone missing after school.

Meredith knows Christian is behind her son's disappearance, but the cops won't help without evidence. To find her son and his psychopathic kidnapper, Meredith sets out alone into Christian's deadly world: the criminal underbelly of Detroit, a surreal nightmare of depravity, desperation, and murder. The further she steps outside the law, the less hope she has of turning back. Failure now would cost Meredith her son - but saving him may cost her soul.

I haven't read the print version but I found the imagery presented by the narrator to be fantastic. It added more depth to an already great story.

Wow! This book gave me more than I bargained for. I was intrigued by the premise of a crime related thriller, but this book delivered that and then dug deeper to deliver a mystery that would challenge beliefs and expectations. Having children myself I can understand why Meredith chose to do the things she did, but the outcomes of the choices provide argument against them. I do think some of this will be too much for a more squeamish reader but it is definitely worth a read.

I received a copy of the audiobook in exchange for an honest review.

If you are looking for a gritty, dark, kidnapping thriller set in Detroit's seediest underbelly and can handle some rough violence, then this book will keep you enthralled. The writing is tight and the case is compelling. The action and tension ramp up quick and the stakes stay high. I was disappointed to find that Meredith's search for her missing son is not solved by the end of the book but I enjoyed her motherly, strong determination to find him no matter what the personal cost. Meredith doesn't always make the smartest of decisions but she is a strong lead and a tough customer when she has to be. This book does get rough - definitely rated R.

The narration by Kate Udall is great. She really nails the emotions of Meredith as she moves from grieving and disbelieving to steely determination despite terror and abuse.

NOTE: I received a free copy of this audiobook in exchange for an honest review.

I started this listening to this story and thinking I wouldn't like it but not was I ever wrong. Author A.E. Hodge has written a story that could very well be a true story. Its filled with sadness, plotting, love of a mother, determination, and so much more. The author has written a perfect story and the ending left me holding my breath. I wanted to scream, cry, and ask why. I thoroughly enjoyed this story and will be looking for the second story because there has to be one.

Narrators, Kate Udall did a great job with her telling of this story. She makes the story feel real and it's as if I could feel Meredith's anger, frustration, sadness, and grief. The narrator did a fantastic job with distinguishing each characters accent. I recommend this story to everyone who's age appropriate. I received this audio in exchange for an honest review.