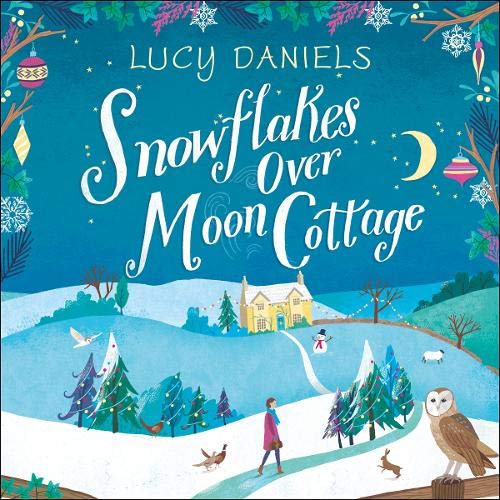 By: Lucy Daniels
Narrated by: Rosie Jones
Try for £0.00

The fourth novel in the heartwarming, countryside-set Hope Meadows series.

It's Christmastime in the little Yorkshire village of Welford, and the first snowflakes are just starting to fall.

As far as Susan Collins is concerned, this Christmas is all about quality time with her family, especially her son, Jack. After a string of terrible dates she's given up on love, and Susan's certainly got plenty to keep her busy.

That is until she meets handsome children's author Douglas Macleod. Dishevelled in appearance, with bright red hair, he is the opposite of Susan's usual type, but an undeniable spark soon lights up between them. But then Michael Chalk, Jack's father, turns up on the scene wanting to be a family again - and Susan finds herself torn.

With snow settling on the ground and the big day fast approaching, who will Susan and Jack be choosing to spend Christmas at Moon Cottage with this year?

Hope Meadows is based on the globally best-selling Animal Ark series. Perfect for fans of Katie Fforde, Heidi Swain and Cathy Bramley.

"A stunning, emotional, beautiful tale of friendship and love." (Books of All Kinds)

"Just the right amount of nostalgia...wonderful and very poignant." (The World is a Book Blog)

"An adorable read [with] a real sense of village community." (Bookworms and Shutterbugs)

What listeners say about Snowflakes over Moon Cottage