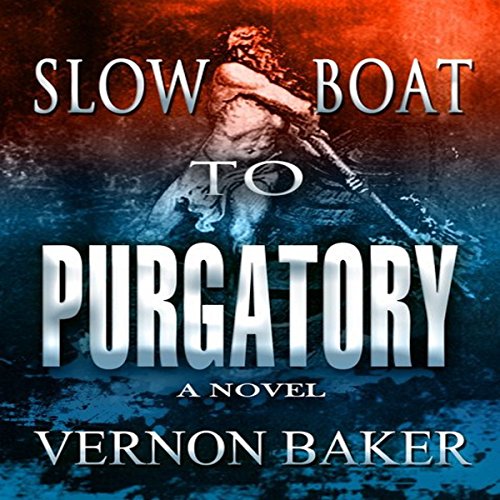 Gaspar De Rouse, a Templar knight, a man murdered by his brothers for the secret he possessed, resurrected and made immortal. Given a second chance at redemption he has walked the earth for over 700 years. Dominicus Bureau, a renegade priest, torn between his vows and the secret he pursues, a secret protected by an immortal. He carries a silenced pistol and uses it, often. Alex Donovan, a modern day warrior thrust into an ages old war, a war between good and evil, heaven and hell. Armed with an ancient chronicle of the life of Gaspar, Alex searches for the immortal and perhaps his own destiny. All three men, passengers on a Slow Boat to Purgatory.

A very enjoyable book! An original idea, well written, amazingly in depth plot. A thriller and a modern/historic fantasy all in one!

Worth the credit and the author is a....

Worth the credit and the author is super wordsmith. A very good series starter. Thanks

Loved the book, love the audio!

If you could sum up Slow Boat to Purgatory in three words, what would they be?

What other book might you compare Slow Boat to Purgatory to and why?

Have you listened to any of Dennis Kleinman’s other performances before? How does this one compare?

This compares well - he's great. Perfectly suited to this book, and an excellent delivery! Love the book, and love his narration!

Don't start this late at night - you'll won't be able to shut it off.

The characters were engaging, storytelling masterful, and subject matter handles with the skill of an artist.

This is how the subject of Angel's and demons should be approached. This has a feel of a Dan Brown novel and Dante's inferno

If you could sum up Slow Boat to Purgatory in three words, what would they be?

What was one of the most memorable moments of Slow Boat to Purgatory?

What does Dennis Kleinman bring to the story that you wouldn’t experience if you just read the book?

Overall his voice is just awesome and I really like the way he narrates.

"Fighting for his redemption". Maybe.

Overall a very interesting story. Throughout I was unsure exactly where things were headed. I think part of me expected something more but I do love this type of story and I don't regret the purchase.