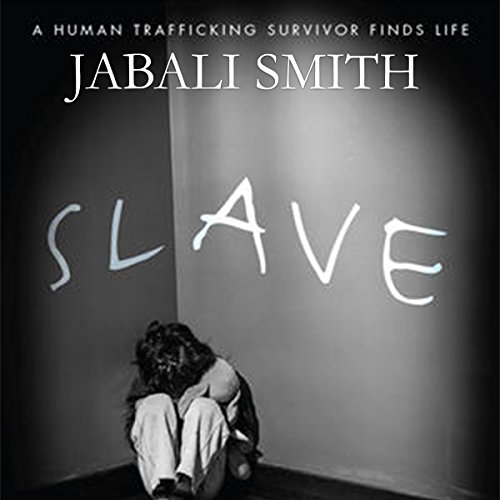 Jabali Smith was a six-year-old in Berkeley, California, when he was trafficked along with his sister over the border into Mexico and held captive by a messianic doomsday sex cult. Slave courageously and boldly chronicles his journey as a child slave - the escape and eventual rise from the ashes of tragedy. A story of unimaginable suffering followed by the discovery of success, love, compassion, and forgiveness.

Jabali spent years being beaten, tortured, starved, sexualized, brainwashed, and confined to a dark closet in both Mexico and the United States. His disappearance and re-emergence years later with no alarms set off within our societal system represents the current fracture of communication allowing human trafficking to flourish into the fastest growing business and commodity in the world.

Instead of remaining bitter, Jabali became a devoted, loving father and founder of The Well Child Foundation, serving children and their need for empowerment in a way that he never experienced as a child. Slave exposes not only the suffering of human trafficking victims but the indomitable spirit of survivors and all that is possible when faith survives the ultimate challenge.

What listeners say about Slave

Very involving story, not very good robotic narrator. Ending quite disappointing with all these self motivational slur proved not working so many times.

While the story is very compelling & brutally honest, I had trouble staying involved with the robotic narration of the story. I made it thru the entire book, but was a bit painful (to the ears) by the time I got to the end. The story is amazing & God bless Jabali and what he has suffered thru and survived. Just wish I would have liked it a bit more......

I couldn't finish it. the narrator's voice is awful. he drones on in a monotone.

The story was written well & I could so empathize. Amazing to me that so many can be conned by these cult leaders. The narrator however was so difficult to listen to. Voice and style was just not a good match for this book! Distracted me at times and took away from content. Sorry, just my opinion.

It was a good story

Had to speed it up to listen, and the narrator was hard to listen too. Otherwise I'd say the story was good.

was a well illustrated, it bring alot of facts to light about abuse and trafficking of our children, I feel it's a strong message and would recommend to anyone who wants to learn more about abuse in our world.

love the way this book shows how to overcome your past, nomatter what that past is.

Reading this book is a spiritual experience.

This book has everything, a heart wrenching story with a spiritual awakening, and a happy ending. It blew my mind that he had the exact same psychic dream I did about a plane crash and we both saw it the next day on TV. It was exact. I wonder what that means.