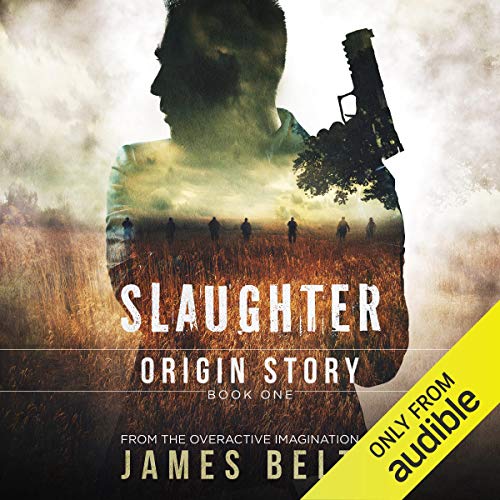 They thought they had him....

What did he know that they didn’t?

After a medical discharge from the Navy, DJ started Day Trading. It suited him and he did well. Life was grand with a loving wife and twin baby girls. The home invasion changed everything. Alone now, he thought his life was over. He did the only thing he could imagine, he left.

What would bring him back from the wild?

The memories wouldn’t leave him.

When DJ realized he was at the end of his rope, he wanted to end it all. The gun didn’t fire, but something inside of him sparked and now life seemed worth living again.

The second tragedy changed everything.

You’ll love this action-thriller, because some men can only be pushed so far before they decide to fight back, and DJ is now a force to be reckoned with.

Chuffed to bits with this book

I have not put a title like this but it was just different enough to be so direct. I love the all action hero Jack reacher James Bond Harry Potter and the likes. But I have never understood how they became the man the became, we expect them to be the hero, but never why. This book I saw a believable reason someone becomes who they are. How someone can lose their human indifference to life and death, my ONLY issue with this book is I have to get more of Mr Slaughters adventures. curse you Mr Beltz. Curse you. The action is totally believable even acceptable and so well written it left me for nothing,, and the Narration, To me Shawn Milo drew me so into the story, I totally lost myself, and thats the art of a true storyteller. Like watching a well produced film, its just enveloped you. I well recommend this book ladies and mentlemen. Err anyone got a few quid I'm hooked. Jim

I really enjoyed this book, the main character DJ Slaughter has tragic past and has moved to the middle of nowhere in the mountains in Colorado to escape everything. By some misfortune he becomes mixed up with a seriously evil baddie called Big Chuck and all hell breaks loose. The story moves at a lightning pace and I could not stop listening to it. DJ's friends were all very likable, I especially enjoyed the character of FBI agent Brett Foster. The story has many twists and turns, it really surprised me several times. I highly recommend this book and I can't wait to listen to the next one.

If you're looking for a really fast paced, way over the top story with nonstop action you've come to the right place! This is the first book in the DJ Slaughter series by James Beltz. I've never heard of him before but will be looking for him in the future. This book is so much fun. The protagonist is a really likable guy with a sad story. He's gone from being a medic in the Navy, injured with a steel plate in his head. Met his wife in the hospital and had two daughters. Then one day their home is broken into. Wife and daughters murdered. Once again he's shot in the head but the steel plate deflects it and he lives. He moves into rural Colorado and sets himself up money he's earned investing. But once again his world crashes when some locals working for a crime family decided to rob him. Wrong decision! On DJ's remote property his hobby is target practice and weapons. It's a night of fun and games when the hunted becomes the hunter. But it doesn't end there because one of the people DJ killed was the crime boss's son. This is only the beginning of the action. It ramps up continuously throughout the remainder of the book. This is fiction and does require some suspension of belief but if you can't do that it's not a book for you. If you can, GET THE BOOK. It's a thrill. Because this book ends with a cliffhanger I hope the next in the series will make it to Audible soon. Shawn Milo does an outstanding job narrating. This book has my HIGHEST RECOMMENDATION. If you found this review helpful please indicate so. Thank You.

A little super-man-ish, but very enjoyable

Based on the title, you can tell this is an action story with lots of shooting. But it does have a mildly humorous twist. As an origin story, we learn the back story and reason DJ becomes a killer. Although somewhat improbable, we nevertheless accept his never-misses-a-shot tactical skills only because of the time, isolation, money, and drive that he has. You can learn anything on YouTube. He's just trying to live his life and overcome his grief day by day, but is forced into defending himself from some bad guys. Then things get worse. It's probably not the best book in terms of believability, but the people are fully-fleshed and credible. It does end leaving you hanging, so you'll need volume 2 right away. I'll suspend belief for the above-mentioned aspects, but the book loses a star for juvenile writing. I roll my eyes and gag over trite lines like, "he was starting to have feelings for her." We can get that from the rest of the prose, the looks he gives her, the lump in his throat, the words he stumbles to say to her. You don't need to feed us that amateur mush. I don't know why, but I expect published books to be correct in all ways. But recently too many books are skipping the grammar editor. I do not try to find errors, they just slap me in the ears-I am cursed that way. I expect the little grammar words that make good, correct sentences to be there, words like to, at, when. This is ACT/SAT stuff that published works should get right. And there is a dearth of past participles. "They had just gone into the lion's den and stole two of his cubs" is just wrong. "Had gone" needs to be followed by "stolen" (the second "had" being optional). I may like the story, but I cannot give full marks when there are this many mistakes. Now about the narration. Shawn Milo has a really nice reading voice, and he does the women's voices pretty well too. That said, his sentence phrasing is bothersome, and even downright confusing sometimes when you can't tell what phrases go together. He pauses too frequently, and too long, some phrases just 3 words. Sometimes you can get used to an annoying narration, but this did not cease to bother. Then there are mispronounced words: comb was pronounced both as comm, and as come; escape was pronounced correctly once, otherwise it was EKscape. Then he said the car drove into the valley (alley), and one man had to lie across the floorboards while the other had to lie across the street (seat). I did go back and verify these errors because they were so over-the-top as to be unbelievable. Now that I've ripped it to shreds, I must say that I finished the book in 1 1/2 days and immediately bought and downloaded the second. I like the characters. I like their awesome skills. I do like the book!

DJ Slaughter, your next action thriller

I read this before it was available on audio and I loved it. James Beltz describes every action scene (of which there are many) like few other authors I have ever read. He describes every aspect of the firearms his characters use. You will not find any firearm inaccuracies in his books and those descriptive details put right in the action. l love the final act and I was looking forward to hearing it in the audii version. I will probably listen to just that part. It has a "John Wick" feel to it and it's awesome. (Not the story) So, that brings me to the narrator. He does a good job. I will definitely be listening to the rest of the series. I only wish he would have used a different voice for some of the characters.

What a Wild Ride!

This story hit the ground running and never let up. We are introduced to DJ Slaughter, a man living out his life in solitude. But one decision changes everything. The pace of this story made it hard to stop listening, and I found myself sitting in my car to finish a chapter. I loved the characters, even the bad ones were well-developed, and I need to know what happens next. There is some violence, but I felt it was very appropriate for the story being told. This was an excellent listening experience!

great story line, good performance, I was bummed out to find the rest of the series has been removed. I would have liked to hear more in the future.

So many authors of this genre get lingo and the jargon incorrect. Mr. Beltz has done his homework, or is a veteran himself. The story was truly captivating he kept me hooked from the beginning. I look forward to having his other titles here on Audible.

Powerful in its delivery of characters and plot

Just got turned on to this book series, thanks to the Audiobook Boom. I devoured the story in just a couple days, a rarity for me. I have to admit that I'm hooked. I enjoyed the ride immensely. The characters leapt off the page and I was swept away with the lead character, David John Slaughter, Navy veteran. The ending was a bit predictable, but on the whole not bad. All in all, it is a very enjoyable book. I will definitely continue on with the series. I was given this free review copy audiobook at my request and have voluntarily left this review.

A fantastic read. This audio pulled me in right from the beginning and had me on the edge of my seat. It's non-stop action with lots of twists and turns the Author and Narrator do not disappoint. You have Epic Scenes that are written so well you can picture the scenes as you listen I definitely recommend. This is definitely a 5 star read to me. Shauna Joesten

Great book - Breakneck pace, well detailed - a sort of reading version of John Wick, but .........not over complicated. Fully intend getting the followup this month.

This book is terrible. I don’t understand the good reviews

It starts off super dramatic. The narrator has a very unappealing tone to his voice. I feel like I’m being read a bedtime story. Not to mention the writing style is not very good. To even mention this guy in the same breath as Mitch Rapp, or Jack Reacher is ridiculous Returning book later