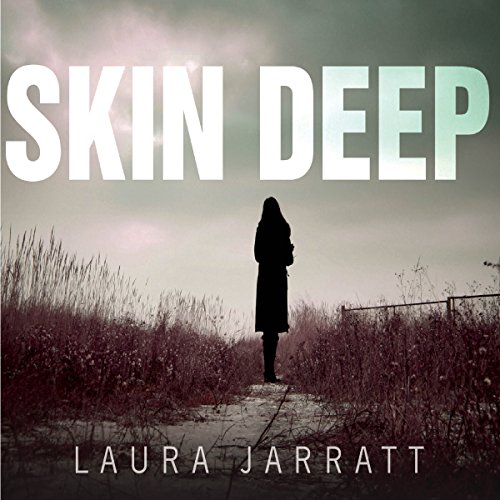 By: Laura Jarratt
Narrated by: Lisa Coleman
Try for £0.00

Ugly people don't have feelings. They're not like everyone else. They don't notice if you stare at them and turn away. And if they did notice, it wouldn't hurt them. They're not like real people. Or that's what I used to think. Before I learned...

After the car crash that leaves her best friend dead, Jenna is permanently scarred. She struggles to rebuild her life, but every stare in the street, every time she looks in the mirror, makes her want to retreat further from the world. Until she meets Ryan.

Ryan's a traveller. When he and his mother moor their narrow boat on the outskirts of a village, she tells him this time it will be different. He doesn't believe her; he can't imagine why this place shouldn't be as unwelcoming as the rest. Until he meets Jenna.

But as Jenna and Ryan grow closer, repercussions from the crash continue to reverberate through the community. And then a body is found.

What listeners say about Skin Deep

I didn't realize when I purchased it that this is a story written for Young Adults. I'm in my 50's. With that said, I really enjoyed the story. It is very engaging and the narrator does a very good job. The story is told from the two main characters 1st person point of view, female and male, alternating chapters. At first I was thinking there should have been two separate narrators for that type of story, a female and a male. However the narrator (female), handled the male's portion very well. I would recommend this book to others, even adults no longer considered young. :-)

Ugly people have feelings too !

Where does Skin Deep rank among all the audiobooks you’ve listened to so far?

This book can be read by adults and adolescents. The story and different characters were easy to follow. It shows that we all have our problems in life, the good, the good looking, the bad and the ugly.
Although each character was read by the same narrator, she managed to bring across the different people very well.

Ryan. Because he seems to be a dream come true. He is a traveller with a stamp on his forehead that says trouble. But he is the complete opposite. He has manners, is nice and sees through appearances.

What does Lisa Coleman bring to the story that you wouldn’t experience if you just read the book?

She can bring different characters out very well.

not necessarily, but it did keep me gripped till the end

What did you love best about Skin Deep?

Ryan was an unexpected delight, and not at all the usual "hot guy" who appears in so many YA books. He was amazingly human, kind and genuine, and I loved his persistence in getting to know Jenna.

The tears kept running down my face as the author tapped into my own long ago memories of feeling ugly and rejected.