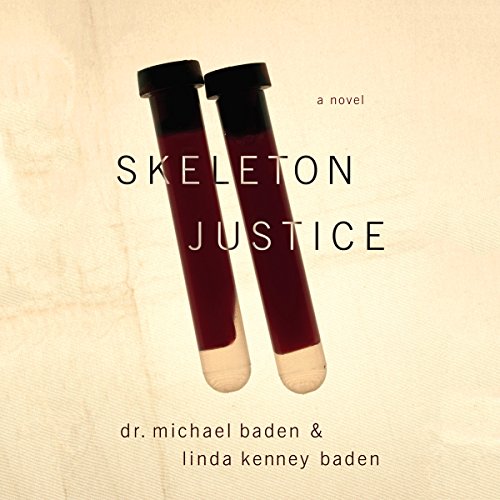 The case begins with New York City on high alert for a most bizarre serial killer - a strange kind of thief who stalks his victims for the purpose of extracting a vial of blood, earning him the tabloid nickname the Vampire. As the attacks become more and more vicious and escalate to torture and then to murder, Jake and Manny begin to suspect there is a connection between the killer's seemingly random victims. But what is the link between the Vampire and a case that Manny's been working for a kid whose high school prank-gone-wrong has earned him the moniker the Preppy Terrorist and an FBI electronic ankle bracelet? Jake's careful forensic examinations, Manny's courtroom tenaciousness, and an unusual clue suggesting that a high-ranking politician has risen from the grave take the pair from the bowels of the morgue to the world of international intrigue. At the heart of this story is a tragic tale of corruption interlaced with cover-ups, conspiracies, death squads, and dictators who committed crimes that to this day go unpunished.

A fast-paced, boldly imagined work from an exuberant new team in suspense.

What listeners say about Skeleton Justice

At first i was getting ready to ditch this book as it goes into two different stories and you lose it a little,but after a while you see why and i am glad i persevered as it was a good story with lots of twists.

I didn't like this book at all. It wasn't up to my standards for a thriller. I listened to this after reading a Michael Connelly and a Barry Eisler so it had to follow two tough acts. There just wasn't much suspense. The story had potential if the writing was just better. I kept thinking that this is what a Hardy Boys mystery would be like. And the overacting by the narrator was just over the top, almost comical.

When HBO's Autopsy was on, I was glued to the TV. Dr. Baden comes across as eloquent, riveting and master of his art. Then comes this book, this awful, boring and silly book. Who cares about the fashion accesories, I wanted an interesting thriller, which unfortunately never materializes. With my deepest respect to Dr. Baden, he's may be a great scientist, but has a lot of learning to do as an author.