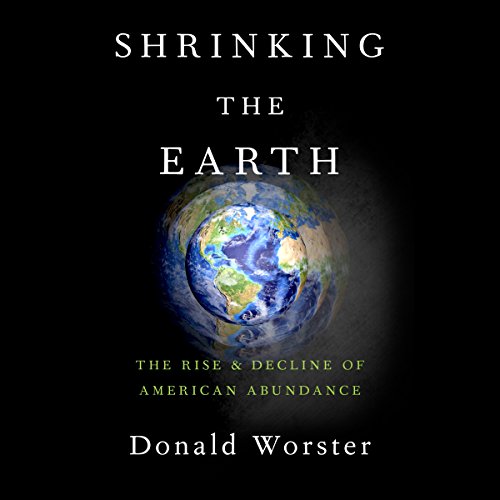 The Rise and Decline of American Abundance
By: Donald Worster
Narrated by: Paul McClain
Length: 10 hrs and 6 mins
Categories: Non-fiction, Environment
5 out of 5 stars 5.0 (1 rating)

The discovery of the Americas around AD 1500 was an extraordinary watershed in human experience. It gave rise to the modern period of human ecology, a phenomenon global in scope that set in motion profound changes in almost every society on Earth. This new period, which saw the depletion of the lands of the New World, proved tragic for some, triumphant for others, and powerfully affecting for all.

In this work, acclaimed environmental historian Donald Worster takes a global view in his examination of the ways in which complex issues of worldwide abundance and scarcity have shaped American society and behavior over three centuries. Looking at the limits nature imposes on human ambitions, he questions whether America today is in the midst of a shift from a culture of abundance to a culture of limits - and whether American consumption has become reliant on the Global South. Worster engages with key political, economic, and environmental thinkers while presenting his own interpretation of the roles of capitalism and government in issues of wealth, abundance, and scarcity. Acknowledging the Earth's agency throughout human history, Shrinking the Earth offers a compelling explanation of how we have arrived where we are and a hopeful way forward on a planet that is no longer as large as it once was.