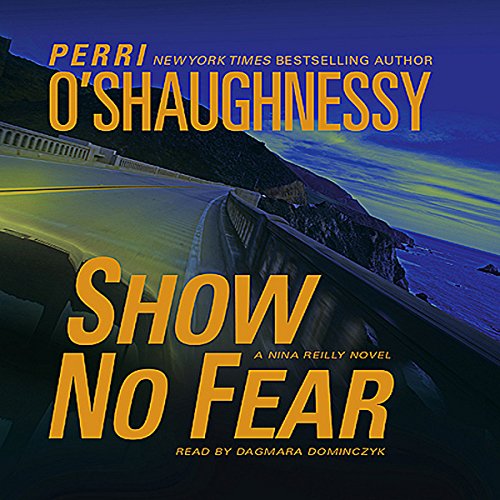 Five years before the events related in O'Shaughnessy's first Nina Reilly novel Motion to Supress, Nina is living in Carmel, California, with Bob, her toddler-age son, and working as a paralegal at a law firm while attending law school at night. Additional stress comes from Nina's former boyfriend, Richard Filsen, who thinks she is a bad mother and sues her for custody of her son. Nina's life whirls out of control when her mother, Margaret Reilly, decides to sue a local acupuncturist, Dr. Wu, for medical malpractice.

Margaret's health is declining rapidly due to the injury she suffered from Dr. Wu and when she dies, she wants to leave some money to Nina and Nina's brother, Matt, a recovering drug addict. Nina knows the emotional cost of a lawsuit but her mother is determined, so Nina recommends that she consult Remy Sorensen, a brilliant lawyer who is everything Nina aspires to be.

Then a woman falls to her death from Bixby Creek Bridge at Big Sur. Is her death an accident or a suicide? The authorities seem satisfied that there's no evidence of foul play, but Nina is convinced it is an act of murder and embarks on her own quest for the truth. Stirring up trouble, Nina catches the killer's attention, witnesses die, and the only "official" help Nina gets is from homicide cop Paul Van Wagoner. Nina's investigations lead nowhere until she recognizes a crucial, overlooked fact: sometimes people keep their true feelings and desires secret, even from the people who love them.

Providing fascinating new insight into the character of Nina Reilly, this new novel keeps listeners on the edge of their seats as it explores the hidden mysteries of the heart and positions Perri O'Shaughnessy as one of the most original and powerful thriller authors writing today.

I have read or listen to a number of books in this series. This was an early one and help me place the roles of people that are in the newer books. Also Bob is only 4 years old in this book. This was the first book I have read that has Nina's parents. The death of her Mother and improved relationship with her Father was interesting. I did not figure out the killer until the last part of the book but kept thinking I was wrong, but alas I was not. Book was approximately 7 hrs so was good for my weeks walks.

Finally - where it all began

I have either read or listened to all of the books in this series and generally like them and the narration. I don't like this narrator though - she is monotonous and drones on. I prefer narration by Laural Merlington (although she can be a bit whiny at times - particularly when Nina is having love drama) and really wish she had done this one as well. Overall the book sheds insight on the previous books which is a nice touch.