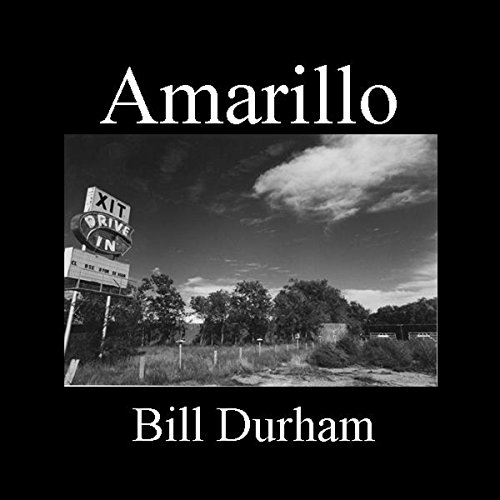 In the Texas Panhandle town of Amarillo, New York attorney Max Friedman is assigned to represent a nightmare client. Joe Wagner is a violent man, dangerous both to family and friends. As Max builds his defense case for murder, he reveals a reason for Joe's violence. But is it a justification? The characters whom Max meets during the course of his investigation include Smith Dixon, a career criminal trying to change the course of his life; Carl Puente, a gambler desperate for a big score; Carl's brother-in-law Freddie Odom, a family man drowning in alcoholism; legendary police detective Champ Phillips; Angel, a pool hall owner who both frightens and attracts Max; and Bailey, a wolf-dog hybrid who is the bouncer at the pool hall.

Amarillo apparently isn't at the end of the world, but you can see it from there. Regardless, I enjoyed NYC attorney Max Friedman's visit to the place. Oddly the small town adopts him quickly without reservation. There's a first.

Yet Bill Durham makes it reasonably believable along with his quick brush-stroked characters.But then Durham drags us into a conundrum. You know, one of those questions with a number of completely contradictory but reasonable answers. And each of the answers opens a deadly door.

And... and... Michael Butler Murray does a generally good job of making this legal/courtroom adventure work. I say generally because he reads Max Friedman's NYC accent only when the plot specifically reminds us of the lawyer's origins. And then it slips away. Pity.

But I quibble. All-in-all this forgettable story entertained me through hours of chores and commute. Which is what I wanted, and got.

I am recommending this book to everyone. The descriptive writing is remarkable. Those who grew up on the Plains will recognize and appreciate the landscape and the characters immediately. Those who have never been to the Panhandle of Texas will have a good look/listen to the lay of the land being described in detail so sharp it is as clear as a High Pains sky.

What was one of the most memorable moments of Amarillo?

I like the first impressions of Max, the New York attorney, who finds himself in Amarillo by accident.

What does Michael Butler Murray bring to the story that you wouldn’t experience if you just read the book?

I like this narrator and feel he did an excellent job.

I have listened to this book twice. The first time was shortly following a surgery and on a pretty hefty dose of narcotics. I remembered liking it very much, but had some gaps in memory, and decided to listen again.I listened to it almost non-stop over two days. It was more remarkable than I remembered.

I am perplexed about the negative review regarding "language". I find the language to be mild for the subject matter, and no worse than tv, movies, or most books. It would not have been as realistic without the language used.

I really like this book and recommend it highly.

I was transported listening to Amarillo. Well developed characters and story that unfolded at a steady and rhythmic pace. What an enjoyable ride.

What an accomplishment! Murray turns in a stellar performance of Durham's literary brilliance. Great team!

Would you try another book from Bill Durham and/or Michael Butler Murray?

Not likely. This was, for me, a soap opera marketed as a legal drama. I see no signs that the author knows law or law enforcement. He does however know Texas weather and alcoholism. Now I know both as well as I wish to... so moving on.

What was most disappointing about Bill Durham’s story?

It had no foundation in law, legal procedure or even common sense. Not every legal fiction writer needs to be a lawyer. However, they should at least meet the minimum qualification of having watched an episode or two of Law and Order.

Would you listen to another book narrated by Michael Butler Murray?

Probably. The narration was not bad. Child voices and female voices are not his forte but even they were not horrible.

In a nutshell, you will have to listen to 10 hours of the horrible misery in each characters life before you arrive at the first lead in to a mystery/thriller. 30 minute descriptions of Texas weather, foul descriptions of sex acts, prolonged descriptions of an Alcoholics (or apparently and entire city populous') struggle with alcoholism and temptations, and misfortunes in marriage and love completely consume the solid first 2/3 of the story. So, having endured that one at least hopes that the actual point of the story, the "Courtroom drama", makes up for the lost part of your life spent listening to that point.
Unfortunately, the author is clearly NOT a lawyer, or even an aficionado of moderately bad TV crime drama. Our fast paced action begins with 4 mutts (3 of whom have criminal records and history of being in jail) decide to rob a grocery store. Bad-guy 1 is a solid whack job that can not help but look at every woman and expound on her sexually and refer to every other male as a gay (though not exactly that nicely). Bad-guy 2, years before, went to jail for doing an armed robbery with bad-guy 3. Bad-guy 3 is a career criminal who never got caught for the robbery he did as teens with bad-guy 2, but has drifted around doing robberies for 30 years and doing prison for some but not all. Bad-guy 3 is a whining little drunk that joins the first three in the grocery store robbery only because bad-guy 2 is his brother-in-law and he heard bad-guy 2 discussing the robbery and demands to be in on the action. After the robbery bad-guy 4 gets paranoid that the cops are on his heals and decides to be the first to talk to the police. Bad-guy 1 just happens to be there in time to prevent bad-guy 4 from completing the call to police and in short order, kills bad-guy 4 in a fit of rage while bad guy 2 and 3 look on (more or less). The body is inadvertently found in the deserted drive-in theater where they buried it. The cops soon unravel the mystery, arresting bad-guy 1 for the murder, but apparently not the robbery. Bad-guy 3 is arrested, apparently for the robbery but not the murder. And bad-guy 2 is arrested for NOTHING despite the fact that proceeds from the robbery are seized from him. In fact, we are to believe that the first time his wife discovers he is one of the robbers is when it comes out in the murder trial of bad-guy 1. Sorry, it doesn't work that way. Armed robbery of a grocery store that nets $60K and ends with the murder of a participant, in TEXAS no less, is sure to get you a comfortable place on the gurney. The courtroom drama is so poorly constructed it actually becomes annoying. Big errors that are supposed to add "suspense" to the drama are just factually NEVER going to happen. For example, the defense lawyer wants to put on evidence that bad-guy 1 is a victim of child abuse and had blackouts thereby making him not responsible for the murder of his co-conspirator. That is, he is claiming INSANITY as a defense. Problem is, that is a defense you don't get to keep secret. It is disclosed up front and the prosecution gets to do psych exams and rebut with their own experts. There are no Perry Mason moments in court, at all. The prosecution is not blind sided by a psychiatrists testimony about sexual abuse in a murder trial. There are witness lists and proffers of any expert testimony long before trial.
In short, it is a very very long winded story about people and personalities for not much of any legal intrigue. An armed robbery becomes a non-event, a murder to prevent a witness to the robbery coming forward becomes a crazy insanity defense no one see coming. With gratuitous cursing and sex that is obnoxious not gritty, ridiculous legal and illegal plotting, and monotonous meteorological descriptions, I found the story to be a train wreck.

Mr. Murray did a wonderful job reading this story. I enjoyed the voices he gave to each character.

Really disgusting between language and man type sexual humor as in not funny. even the naration is just icky. I don't think I even know someone who would like something this classless.

Would you consider the audio edition of Amarillo to be better than the print version?

What other book might you compare Amarillo to and why?

Reminded me of books written by James Lee Burke.

Have you listened to any of Michael Butler Murray’s other performances before? How does this one compare?

Bailey getting shot. Loved almost all the characters
Max talking about his encounters with his gym teacher.

Great character development. One problem...I thought that if a client insisted on testifying, his lawyer had to let him.