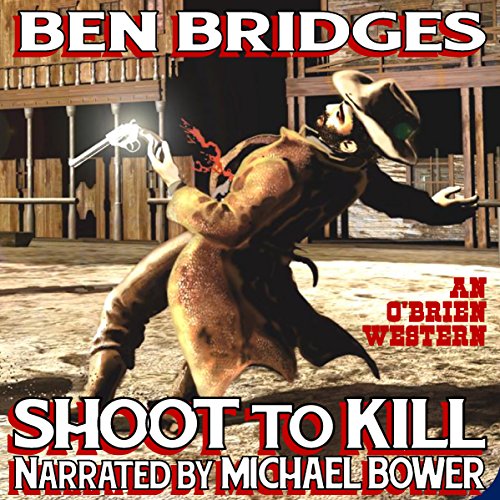 By: Ben Bridges
Narrated by: Michael Bower
Try for £0.00

The Texas Rangers sent Carter O'Brien south of the border with orders to kill a madman. It was said that his target - a murderous bandit named Salazar - had the face of an angel and the heart of a demon. Certainly, judging by all he'd heard, O'Brien sure figured he needed killing. Given the choice, though, he'd sooner have faced Salazar in a head-on gunfight than turn back shooter and kill him from hiding.

But the only trouble with that idea lay with Salazar's eight-strong gang of cutthroats, for it was common knowledge that if you took on one of them, you took on the lot; and even a professional fighting man like O'Brien had to draw the line somewhere.

What listeners say about Shoot to Kill