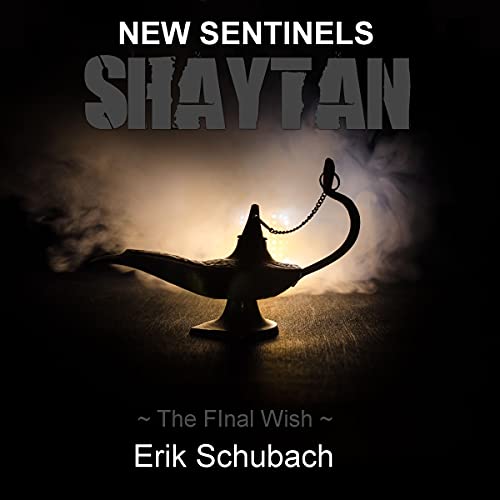 Angel and the other Sentinels are in pursuit of the remains of the now-rogue black ops Lazarus Group and its leader Xerxes, the ancient warlord who has used the enslavement of lesser Djinn for centuries to secure power and unnaturally long life.

Lazarus has teamed up with the nemeses of the Sentinels in a last-ditch effort to awaken the last Greater Djinn, a Shaytan, to snatch victory from the jaws of defeat.

Fighting against overwhelming odds, the women find that they are not in this fight alone, as Angel attempts pit her will, magic, and curse against a being who was ancient when the earth was young.

What listeners say about Shaytan: The Final Wish

Love this series as I do all of his stories. I become so attached to the characters that it's like losing a best friend when I reach the last book in a series. I just want to reread them from the beginning, and I have once already.