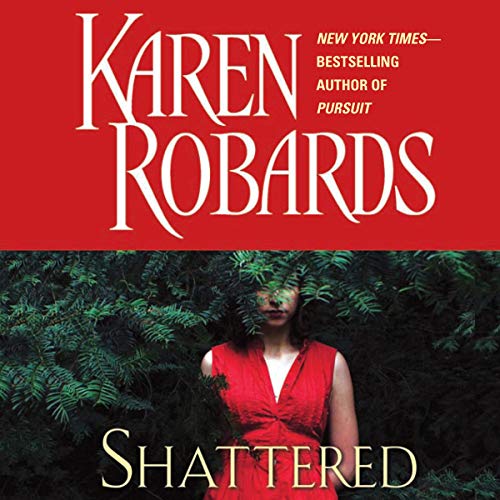 The past is never over. It just gets dusty.

Lisa Grant was a rising star in a prestigious law firm in Lexington, Kentucky, when the firm went bankrupt and she lost her job. With an ailing mother to care for, she takes the first job she can find: research assistant to District Attorney Scott Buchanan. Scott is as disagreeable as he is sexy, and Lisa suspects the only reason she got the job was Scott’s fond feelings for her mother, who treated him well when he was just a farmhand on the Grants’ large horse farm while Lisa was growing up.

After she misses an important court date, Lisa doesn’t get any special treatment from Scott. As punishment, he sends her to organize cold-case files in the basement of the courthouse. What Lisa expects to be a mind-numbingly boring task turns into anything but when a missing-persons case draws her attention. The details of the case are engrossing: an entire family — father, mother, and two children — disappeared without a trace more than 28 years ago. Except that’s not all: the mother in a photo Lisa finds could be her own twin.

Before Lisa can learn more, a series of catastrophes strikes close to home, and she realizes that finding the photo has put her in terrible danger. Determined to uncover the truth, she confides in Scott, and their relationship develops into something beyond that of employer and employee. Together they unravel a terrifying web of criminal connections that could shatter what Lisa knows of her past. And it’s clear someone will go to shocking lengths to make sure certain secrets stay hidden.

"Robards proves once again to be a master of romantic suspense, creating likable characters and an intriguing, well-paced, and nail- biting plot." ( Booklist)

A young family is murdered and the cold case is reviewed twenty years later by a young prosecutor who bears an uncanny resemblance to the mother. She makes it her mission to solve the cold case, but somebody is trying their best to stop her. Good thing she has a mega hunky DA to help!

Would give it 10 stars if I could!

This is one of the best books I have listened to on audible in a long time. The story is fantastic and the chemistry between the two main characters, Scott and Lisa is amazing! Narrator did a great job too. The story grabs you and pulls you in from the beginning - I couldn't put it down!!! I loved it so much that I listened to it twice. Don't pass on this one.

Great listen!! Totally enjoyed this one.

This story pulled me in right from the start. Even though the story/mystery kind of went in fits and starts - the characters were really interesting and I enjoyed it very much. I highly recommend this one!

All that's promised and more.

The narrator of this book will go down as my favorite. The story is good and suspenseful and the narrator was able to convey the fear and anxiety in her voices. It was easy to differentiate the characters speech. The steamy scenes were given good expression as well. Liked the surprise ending as well. Hope the author will go back and use some of the other characters in another book to flesh them out some.

Karen Robards is master of not just suspense...

If you could sum up Shattered in three words, what would they be?

What other book might you compare Shattered to and why?

Books by Tami Hoag, Nora Roberts in her early writing days, Kay Hooper ~ because of the level of suspense, the romance is there but it's not the meat & potatoes of the story. I LOVE how she weaves so many plot threads together into the one main weave...it makes it so much harder to guess what the outcome is going to be.

Gah, that's hard. But I'd have to say was actually when the house burned, and Scott runs in to save Lisa with no thought for his own safety. It's before he's realized how deep his feelings for her run, but it really resonates through his actions.

I just love Karen Robards ~ you can always count on her for a good solid story, romance & lots of action. Susan Ericksen is an excellent narrator, and brings the characters to life like they were meant to be, so she's perfect for a favorite author!

Too Much Superfluous Stuff

What would have made Shattered better?

To move it along.

Would you ever listen to anything by Karen Robards again?

Any short one if there had been one.

It was an intriguing plot/mystery.

This was a 4 hour story stretched into 13 hours for no good reason.

I Managed to Finish Listening

This book would be much better if it had been edited to half its length. There is far too much extraneous stuff, especially about what Lisa is thinking, feeling, and/or how her breathing is quickening. Come on! I'd like to know if any real person would be as aware of her every emotion, feeling, or quivering as Lisa seems to be. In fact, the character of Lisa, in spite of all the feedback about her response to everything, is not really well developed. I suspect that the author wants Lisa to come across as a strong, appealing woman. I came away feeling that I knew too much about Lisa's responses and not enough about what kind of a person she is. The character of Scott could use some rewrite as well. Rude and manly don't do it. There needs to be more to make the reader want to root for Scott to win over Lisa.
Then there's the plot or lack of it. When I read the reviews of this book, I thought the plot line had tremendous potential. When I got through the book, I thought that there has to be a better way to develop the plot. I am still confused about how some of the plot is supposed to have taken place. I would not have bothered reading this book had I known how boring it would be. I hung in there just to find out how the author would explain the mysteries. It was very unsatisfying.

It keeps you guessing ..

Where does Shattered rank among all the audiobooks you’ve listened to so far?

The interaction between Scott and hisnephew called to say that Lisa was found.

Admittedly I am a relative newbie in the Mystery genre, but this story was so well crafted I couldn't figure out the Who Dunnit until the author revealed the person, and story had me so engrossed I was trying hard to figure out a number of things to see how the mystery pieced together.
The narrator did a terrific job with the voices - male and female. I know I have listened to other books that she has read, but I will look her up to listen to books she has read. She is awesome.
This is an excellent book, the romance is hot, the suspense is strong and the end extremely satisfying.

I've suddenly become a fan of Karen Robards. Her books are full of suspense, mystery, the mysterious, romance, and they typically end with a little twist. I really enjoyed this book, and I don't understand the negative reviews. The narrator is a bit slow, but it did not detract from my reading experience. I would pick this book again--no regrets.

Fairly decent plot read ably by Susan Ericksen. However, three chapters of unending sex - seriously????? It's as though author ran out of plot, deciding to fill pages with mindless sex. Disappointing and totally unnecessary. Won't listen to another Robards novel