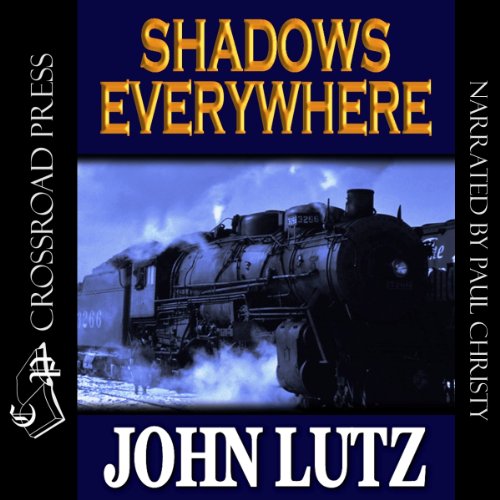 Twelve tales of mystery from the pen of best-selling author John Lutz, Shadows Everywhere collects much of the author's early work. You'll meet everyone from a “hardscrabble farm woman” to a volatile trucker with an explosive cargo, a cliff driver with dreams of gold, and women who are digging for it. Not every PI is a good guy, and not every villain gets his due. These tales twist and turn, surprise and entertain. Flowing from the imagination of a master story-teller, the stories in Shadows Everywhere are a classic glimpse into the worlds of a rare talent.

What listeners say about Shadows Everywhere

When I think of author John Lutz. two things spring to mind - Single White Female and a series character of his called Fred Carver, neither of which I've actually gotten around to reading. I did love the film and could easily stand giving it a re-watch sometime. The Carver books I always liked the sound of, but for once common sense and restraint prevailed and I never actually filled my boots buying them. I crossed paths with one in a second hand shop a few years, bought it and then benched it.

This collection of short stories was enjoyed a month ago and while not totally forgotten, without reference to the blurb for the book I'd be scratching my head trying to recall any of them.

Shadows Everywhere ....... a crooked PI, a marital investigation, a false report, some unforeseen consequences and a comeuppance

The Lemon Drink Queen..... a kidnapping, a trophy bride aka a caged bird, and a variation on the suicide by cop theme

A Rare Bird...... a bird-watcher, a corpse disposal, and an ill-thought out blackmail scheme

A Verdict of Death..... a missing woman, a murder trial without a corpse and an eventual license to kill

All of a Sudden..... an average cop, and an ill-advised alliance, a few good years and some chickens coming home to roost

Living All Alone..... a spinster temptress and a well fertilised orchard

Garden of Dreams..... a power cut, some dead plants and a maniacal gardener to contend with

Prospectus on Death..... karma, the power of suggestion, what goes around comes around

The Midnight Train..... pig farming on a budget

I liked the collection without ever being blown away by it. All of the stories had decent twists and most had resolutions which in hindsight kind of seemed obvious but as I wasn't especially trying to second guess them at all, I liked the elenent of surprise with the outcomes.

Entertaining...... all the others.

A corrupt PI, dodgy cops, untrustworthy widows, wives and spinsters, cheating husbands, schemers, plotters, revenge, ambition, greed and just like real life, some outcomes where the villains prevail and a few where they get their just desserts.

SHADOWS EVERYWHERE BY JOHN LUTZ AND PAUL CHRISTY are a set of short stories with not so happy endings. Each story starts out predictably, but in the end leaves the listener scratching their heads with wonderment.

I just recently got hooked on John Lutz's stories and SHADOWS EVERYWHERE is just another of what I deem to be a re-reader or in this case a re-listener! Paul Christy, the narrator,does an excellent job in bringing the stories to life!

I recieved this audiobook free in exchange for a honest review.

John Lutz holds his audience with his well-written short stories.

His early work, some you like better than others, but all enjoyable, with the narration by Christy.Given audio for my voluntary review