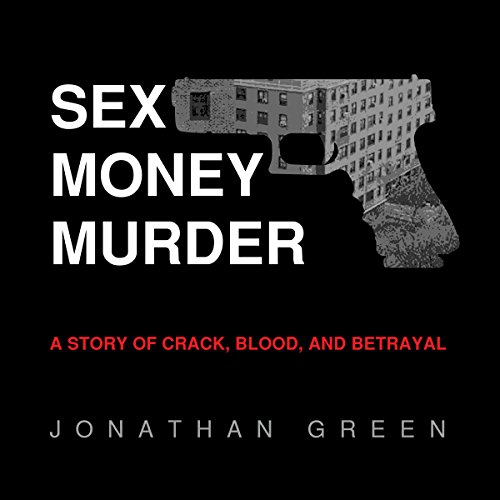 By: Jonathan Green
Narrated by: Keith Sellon-Wright
Try for £0.00

Chronicling the rise and fall of Sex Money Murder, one of the most violent and notorious gangs of its era, and of the dedicated detectives and prosecutors struggling to stem the tide of violence, reporter Jonathan Green creates a visceral and devastating portrait of a New York City borough.

In the late 1980s and early 1990s, the Bronx had one of the highest per capita murder rates in the country. The reason was simple: as the use of crack cocaine surged, replacing heroin as the high of choice, dealers and gangs staked claims to territory and consumers through intimidation and murder, and families found themselves fractured by crime and incarceration. Based on years of research and extraordinary access to former gang members, Green creates an epic character-driven narrative, drawing on first-person interviews, police reports, and court transcripts to offer a unique and engrossing work of gritty urban reportage. Magisterial in its scope, Sex Money Murder offers an extraordinary perspective on modern-day America.

Writer is typically white America biased other than that it’s well written. I must also mention that the narrator is hopeless at Ebonics.

Excellent and thoroughly researched book. Narrator is very good too. I strongly recommend this book.

Really enjoyed the book, well written and researched, but would have strongly preferred an African American narrator for a book that is so heavily influenced with slang. Was off putting hearing the n word over and over in wrong use . Great book non the less.

Well written book, but they definitely should have gotten a Black man to read this. The narrator did a good job otherwise.

Dope book. Reminded me of all the things i could have been caught up in myself. On the edge of my seat. Couldn’t wait to finish it. A def. must read for the youngsters in the hood.

This book was fantastic! The author did an amazing job weaving the stories of the gang members, victims and cops together. The writing was superb.

The narrator was good, not fantastic, but did not detract from the story.

Anyone that wants to know who about inner city violence should read this book. I may even listen to it again.

I'm from the bronx and this was the truth and nothing but the truth. a very sad story! the street dont love no one! R.I.P Twin who should be the one talked about in these streets the pistol was a Jealous boy and that's what brung this organization down very very good book.....

Excellent and frightening novel, painstakingly researched by Jonathan Green. Gives the listener a real insight into the gang world of The Bronx in the 1980s and 1990s, both from the gang member perspective and law enforcement perspective. If you liked The Wire, you will like this...

EXECLLENT BOOK!!!! A MOVIE SHOULD BE MADE.

The book was very very good it kept me on the edge of my seat the whole time. it was gritty, street, hood all at the same time I love the story line I also love that it's a true story. I RECOMMEND this book to anyone looking to fall deep into a book like it's a MOVIE!!!🤔🤓

Green is able to show both sides of the coin in this edge of your seat telling of the origins of the Sex Money Murder gang. It’s a true tell all and Green gets the perspective of two main players in the gang as well as John O’Malley and other law enforcement officers who dedicated about a decade to dismantle the gangs leadership. Green is a great storyteller.