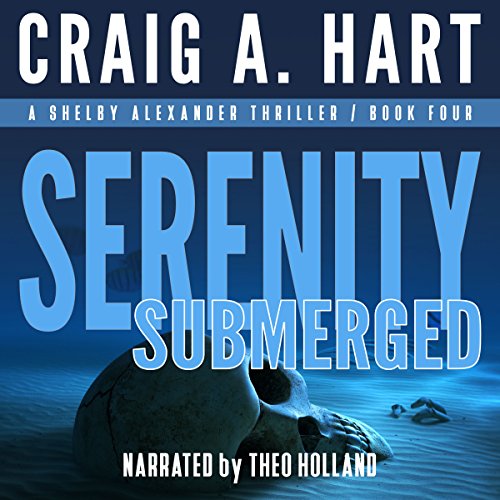 By: Craig A. Hart
Narrated by: Theo Holland

A mysterious woman knocks on Shelby's door. A secret lies submerged at the bottom of a lake. And someone close to Shelby is going to die.

A woman claiming to be an FBI agent appears on Shelby's doorstep and hands him a picture, asking if he recognizes the man in the photo. Shelby is shocked to see the face of a good friend staring back at him. Little does Shelby know, the woman isn't the only predator on the prowl.

A group of hired killers has rolled into Serenity with one thing on their minds: death. And it's up to Shelby to make sure the bullets fly in the right direction.

Action drips in Serenity Submerged, the fourth heart-pounding addition to the Shelby Alexander Thriller Series. Relationships are questioned, secrets are revealed, and no one is quite who they seem. Serenity will never be the same.