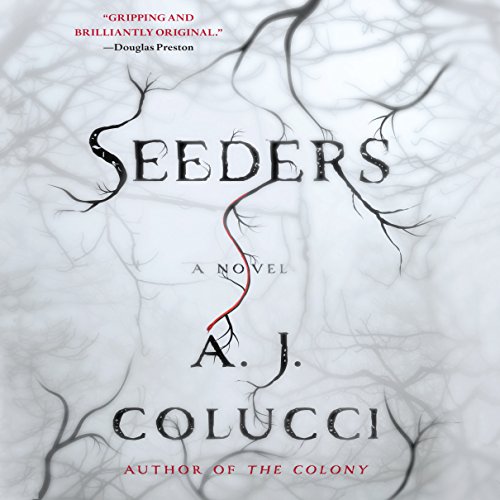 George Brookes is a brilliant but reclusive plant biologist living on a remote Canadian island. After his mysterious death, the heirs to his estate arrive on the island, including his daughter, Isabelle; her teenage children; and Jules Beecher, a friend and pioneer in plant neurobiology. They will be isolated on the frigid island for two weeks, until the next supply boat arrives.

As Jules begins investigating the laboratory and scientific papers left by George, he comes to realize that his mentor may have achieved a monumental scientific breakthrough: communication between plants and humans. Within days, the island begins to have strange and violent effects on the group, especially Jules who becomes obsessed with George’s journal, the strange fungus growing on every plant and tree, and horrible secrets that lay buried in the woods. It doesn’t take long for Isabelle to realize that her father may have unleashed something sinister on the island, a malignant force that’s far more deadly than any human. As a fierce storm hits and the power goes out, she knows they’ll be lucky to make it out alive.

A. J. Colucci masterfully weaves real science with horror to create a truly terrifying thriller, drawing from astonishing new discoveries about plants and exploring their eerie implications. Seeders is a feast of horror and suspense.

What listeners say about Seeders

If you could sum up Seeders in three words, what would they be?

I think one of the scenes towards the end was my favorite, when Jenny was half mad and digging in the dirt, basically digging her own grave.

The romantic subplot between the two teens was not something I enjoyed, or I felt the story needed. However, over all though the concept was executed well enough that I suspended my disbelief and wanted to keep listening. I finished in three days with only minimal interruptions and I look forwards to my next listen.

I think I will go work out in the garden...

What made the experience of listening to Seeders the most enjoyable?

Actually does have some rather interesting twists and turns, featuring characters that, while maybe abit too shallow ( at least intially ) turn out to be more complex and this makes the story that much more enjoyable.

What other book might you compare Seeders to and why?

I had somewhat of a tough time with her at the start ( and, dare I say, she did as well! ) . However, we both warmed to the task, and I was taken by her work in the last 3rd.

This is a very entertaining offering, much more so than I originally thought when I read about it and started listening. Bookshire's teenage girl is excellent, and she brought to life some domestic drama at the start that was truly discomforting.
Not to be too trite ( but somewhat so ! ) this book does..ahem..grow on you.
Recommended!

The premise for the story was great; empty island, mysterious plant blight, crazy scientist, stuck there for two weeks...

Biggest peeve: the main female character is portrayed as a very inconsistent and weak personality. What kind of woman would stay with a husband who hits their mentally challenged child, calling him a freak? The author immediately created a main character that we can't trust or even like much---so who cares what happens to her on the island.

Not the worst story I've ever listened to. Didn't care about the characters at all....could have been more fleshed out.

Root for the plants they're much smarter.

Not sure.Concept was good I think people wanted it to be good but author wasn't up to it.

Who would you have cast as narrator instead of Janie Brookshire?

I don't think a better narrator would have made this book much better but Janie Brookshire needs to work on putting more life into her narration.

Why would a mother listen to so much crap said about her children from a stranger without once defending them?

What disappointed you about Seeders?

It was not discribed as a Sci-Fi novel, but that's what it turned out to be....and, at that, it's the worst Sci-Fi EVER!

What could A. J. Colucci have done to make this a more enjoyable book for you?

Try having a concrete and plausible story line.

Would you be willing to try another one of Janie Brookshire’s performances?

If you could play editor, what scene or scenes would you have cut from Seeders?

The first third of the book was reasonably good, but the remaining part was so idiotic I couldn't wait to see how far the author could bring this story to it's knees.