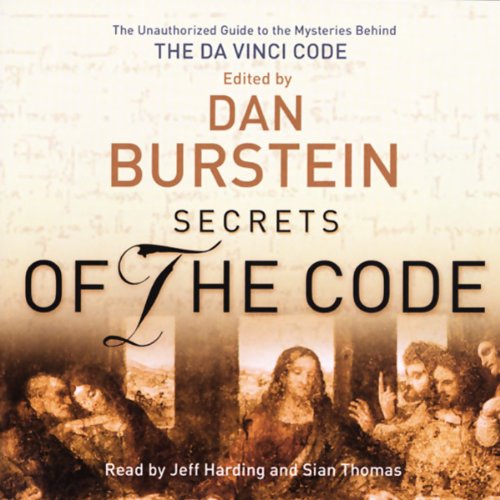 Secrets of the Code

The Unauthorised Guide to the Mysteries Behind The Da Vinci Code
By: Dan Burnstein
Narrated by: Jeff Harding
Length: 3 hrs and 27 mins
Categories: Religion & Spirituality, Christianity
2.5 out of 5 stars 2.5 (4 ratings)

Secrets of the Code

Readers of Dan Brown's extraordinary bestseller The Da Vinci Code are fascinated by the questions raised in the novel. Was Jesus actually married to Mary Magdalene? Was she one of his disciples and did she write her own gospel? Did they have a child together? Did some geniuses of art and science, people like Leonardo da Vinci and Isaac Newton, belong to secret societies that had the most compelling insider information in history, and did Leonardo convey some of these ideas in The Last Supper and other paintings?

Secrets of the Code is the definitive guide to the novel and provides the curious reader with authoritative explorations into the major themes within The Da Vinci Code. Dan Burstein has distilled the views of the experts - archaeologists, theologians, art historians, philosophers, and scientists - to sort out fact, informed speculation, and fiction.

" Secrets of the Code is the definitive guide to the novel and provides the curious reader with authoritative explorations into the major themes within The Da Vinci Code." ( Options XIII)

It seems that the experts interviewed have based their interpretations more on faith than on rationality and facts.
After reading the book all the questions have remained.