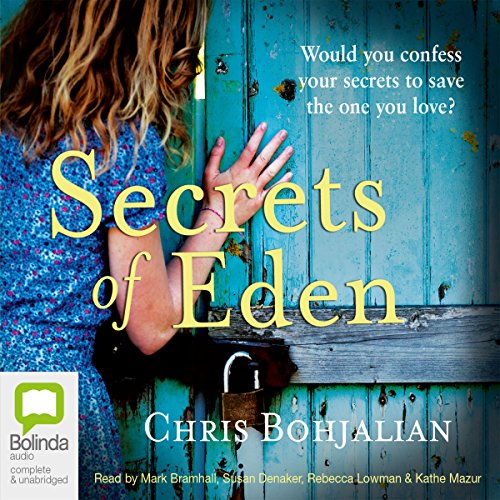 "There," says Alice Hayward to Reverend Stephen Drew, just after her baptism, and just before going home to the husband who will kill her that evening and then shoot himself. Drew, tortured by the cryptic finality of that short utterance, feels his faith in God slipping away and is saved from despair only by a meeting with Heather Laurent, the author of wildly successful, inspirational books about angels.

Heather survived a childhood that culminated in her own parents’ murder-suicide, so she identifies deeply with Alice’s daughter, Katie, offering herself as a mentor to the girl and a shoulder for Stephen – who flees the pulpit to be with Heather and see if there is anything to be salvaged from the spiritual wreckage around him. But then the State’s Attorney begins to suspect that Alice’s husband may not have killed himself and finds out that Alice had secrets only her minister knew.

What listeners say about Secrets of Eden