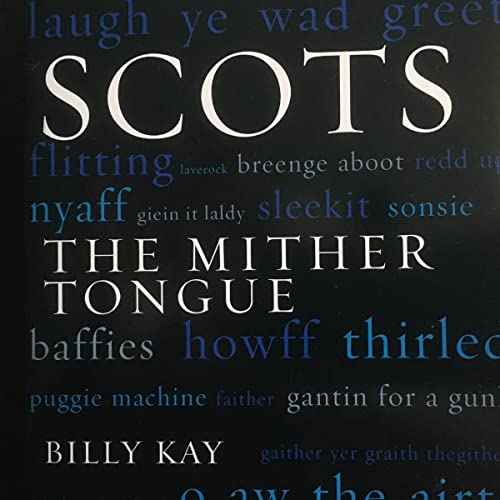 Scots: The Mither Tongue is a classic of contemporary Scottish culture and essential listening for those who care about their country's identity in the 21st century. It is a passionately written history of how the Scots have come to speak the way they do and has acted as a catalyst for radical changes in attitude towards the language.

In this revised edition, Kay vigorously renews the social, cultural, and political debate on Scotland's linguistic future, and argues convincingly for the necessity to retain and extend Scots if the nation is to hold on to its intrinsic values. Kay places Scots in an international context, comparing and contrasting it with other lesser-used European languages, while at home questioning the cultural authorities' desire to pay anything more than lip service to this crucial part of our national identity.

Language is central to people's existence, and this vivid account celebrates the survival of Scots in its various dialects, literature, and song. The mither tongue is a national treasure that thrives across the country and underpins the speech of everyone who calls themselves a Scot. The newspaper Scotland on Sunday chose Scots: The Mither Tongue as one of the best 100 Scottish books ever written.

Billy narrates the book himself. This is Rachel McCormack's description of Billy Kay's voice from her book Chasing the Dram: "Billy is also a voice. It's a deep, low, warm, authoritative voice, like an old sherried single cask malt. It's a voice that when broadcast over the airwaves on Radio Scotland, the fish in the deepest waters near Ullapool recognise as Billy Kay. If God ever chose to reveal himself to mortals at the top of a Scottish mountain his best chance of convincing atheists of his existence would be to use Billy Kay's voice."

What listeners say about Scots: The Mither Tongue