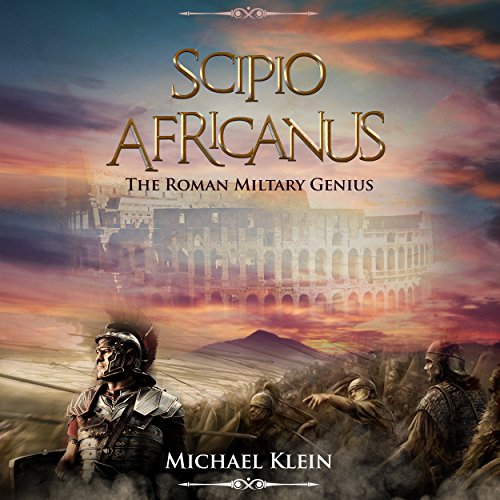 Publius Cornelius Scipio Africanus, the Elder, was a man who made a difference in his own time. Indeed, he could have been said to be a legend. In all fairness, since he was a skilled orator, he had a hand in creating that legend, building himself up larger than life to inspire the men he lead into battle and to place fear in the hearts of his enemies.

Not as much is known about his personal life. He seems to have been a very private man, and many of the documents, such as his personal journal, have been lost to the ravages of time. Still, we have accounts by Polybius and Livy, as well as endless commentary down through the ages about his battles, his strategies, and the way he changed the Romans approach to military encounters. He learned from Hannibal, who came from a tribe of traders who were more concerned with results than ethics, that a win by trickery is still a win; and honor on the field of battle can simply make a commander and his men very dead.

This book looks through the works we have, it speculates about what his personal life might have been like, and it asks questions while making correlations. Welcome to ancient Rome - may you enjoy your tour of it.

One of the greatest leaders of all time. He never had a favorite weapon. He had many tools of the trade and applied the right tool to the military problems.

Does not meet minimum expectations

If this was published for a middle school audience then disregard my review.... chances are almost certain that if you’ve encountered Scipio Africanus elsewhere in most any capacity then this book will leave you starved for information. Unless you’re interested in a very brief and general overview of the punic wars and some snippets of the Cornellii line and allusions to SA’s extramarital affairs, then you will regret paying for this book. It also has these very haphazard and elementary fictitious stories about SA’s childhood to fill in for no written records. I got WAY more from a few History of Rome podcasts than a 4 plus hour book on just SA alone. I cant think of recommending this to anyone over 16. Narrator is ok but kind of uncompelling.

this was disappointing. I thought or hoped it would have more content concerning battles. it sadly is a melodramatic telling of personal ephemera