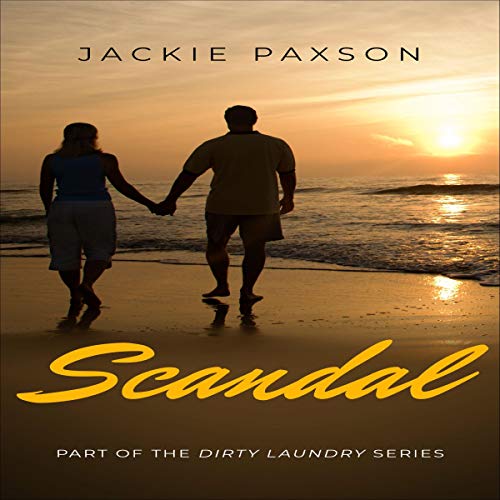 By: Jackie Paxson
Narrated by: Holly Holt
Try for £0.00

Chrissy Benson gave up her dream of leaving her small town behind a long time ago. She’s a single mother stuck in her hometown. When an opportunity takes her and her daughter to Los Angeles, she begins seeing a future outside of her small town.

Max Hamilton is one of the hottest movie stars around. He can have any woman he wants with the snap of his fingers. So, when he meets Chrissy, he expects her to fall to her knees at his greatness. When Chrissy wants nothing to do with him, he is thrown off his game. Nothing will stop the arrogant playboy from chasing her with a single-minded focus. He’s determined to show Chrissy his womanizing ways are in the past and she is the only one he wants in his life.

Chrissy let one man change her life. She won’t let Max do it, too. What she doesn’t plan on is to see him as more than just an arrogant playboy. The sparks between them ignite into an inferno that burns hotter with each moment they are together.

When a scandal linked to her past threatens her future, Chrissy must make a decision. Fight for a happily ever after or bury that dream once and for all.

What listeners say about Scandal

I enjoyed the narrator.

I really enjoyed book it is the second in this series. It has romance , It is a lovely story and I would recommend .

I asked to receive this free review Audible book and wrote this unbiased review. What a wonderful Audible book. It grabbed me from the beginning and held me to the end. Jackie Paxson exhibited an outstanding talent for character and plot development. Chrissy harbours a love for Max but his womanizing ways is a turn off for her. I must admit I thought there was a better choice for her. But alas, I was wrong and I fell in love with Max . He is ready to change his ways when he finds himself falling for Chrissy. However, there are several forces trying to tear them apart. His interactions with her daughter, Mariah, are heartwarming and priceless. He becomes very protective of Chrissy and Mariah. The visit to the sloth statuary will have you laughing out loud as will many other scenes in the story. Both of them have a great group of friends to support them and leave the listener laughing. An incident happens that causes Chrissy to leave Max, but will family and friends help them to reunite?

Overall I enjoyed the narrator. There were times when her words didn't flow smoothly and I didn't like some of her male voices. I thought she did improve as the story progressed. She did an amazing job of portraying the emotions and personalities of these characters. I felt that I really experienced the emotions and desires that the characters felt, and therefore brought this story to life.

I highly recommend this Audible book. It is one that I will reread. The story is charming, delightful, funny, heartwarming, heart-wrenching, and passionate.

Even Better with Audio

I had read this book before but enjoyed it even more with audio. This is a great rom-com with heat and crazy antics from the young, old, and furry. The narrator isn't my favorite but I did like her more this time than last (maybe she really isn't a Talia?).