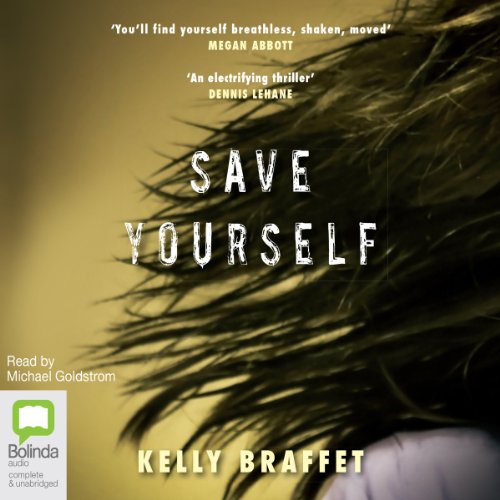 Patrick Cusimano is in a bad way. His father is in jail; he works the midnight shift at a grubby convenience store; and his brother's girlfriend, Caro, has taken their friendship to an uncomfortable new level. On top of all that, he can't quite shake the attentions of Layla Elshere, a goth teenager who befriends Patrick for reasons he doesn't understand, and doesn't fully trust. The temptations these two women offer are pushing Patrick to his breaking point. Meanwhile, Layla's little sister, Verna, is suffering through her first year of high school. She's become a prime target for her cruel classmates, not just because of her strange name and her fundamentalist parents: Layla's bad-girl rep proves to be too a huge shadow for Verna, so she falls in with her sister's circle of outcasts and misfits, whose world is far darker than she ever imagined. Kelly Braffet's characters, indelibly portrayed and richly varied, are all on their own twisted path to finding peace. The result is an audiobook of unnerving power?

"Braffet's captivating, realistically creepy third novel...uses graceful prose, astute dialogue, and vivid characters to carry the plot to an unexpected and believable finale." ( Publishers Weekly)
"Kelly Braffet is the real deal. Save Yourself is an electrifying, tomahawk missile of a thriller with honest-to-God people at its core. It rocks the house." (Dennis Lehane, author of Live by Night)

What listeners say about Save Yourself

This is my first Kelly Braffet story but it certainly won't be my last.
An excellent tale featuring five main characters (Michael,Caro,Patrick,Layla & Verna) that takes many twists and turns as it hurtles towards a very well written ending.

If you have yet to sample Kelly's work then I would highly recommend this one as a very good starting point as the writing is first class & the narration by Michael Goldstrom only adds to a terrific tale.

Slow start, but once I got into it, it was a great listen. Really interesting way to switch between each of the characters. Very good book!