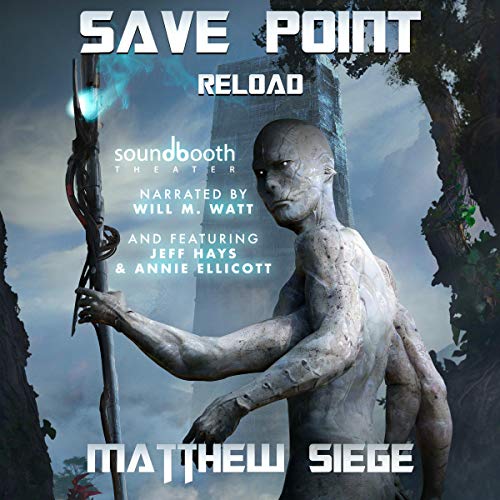 By: Matthew Siege
Narrated by: Will M. Watt,Annie Ellicott,Jeff Hays
Try for £0.00

Now that the litRPG world of the Citadel has chewed Adam up and spat him out, he’s right back at his original Save Point.

Are things better? Maybe. Maybe not. For one thing, he's still got brain cancer. For another, he’s in trouble for breaking the rules last time. As punishment, he’ll have to mentor the Colony - an outnumbered race of misfit mushrooms on the losing side of a battle for their home planet.

Adam’s new allies only stand a chance if he can unite the two sides of his broken Faction, but first they’ll have to show him that some things are worth - not- resetting.

What listeners say about Save Point: Reload

Though I felt the new storyline took a little getting into, it was definitely a nice follow on from book 1. hoping there will be a part 3

Gets better by the end

The start of the book is disappointing. the mc has become a huge arse, his interactions with the rest of his team is painful to listen to. It seems like a complete character change.

A lot of potential

I like the premise of this book but the MC has a massive chip on his shoulder and used it to never grow up. Every time he appears to have any growth, he basically chucks it out the window in the next scene.
I know the protagonists have to have flaws to make them interesting but I just really kind of hate this MC.
Don't get me wrong, there are some great parts in this book and I enjoyed it for the most part. But in the end I was listening to it at 1.5X speed so that it would be over sooner. I don't think I will be continuing the series.

I couldnt make it past first 30 minutes of listening to this junk. Self absorbed / righteous MC, no growth from book 1. Returning so I don't waste credit on this POS.

there better be more

a great litrpg genre book. syfy based. well written and well told. i would recommend book 1 and 2 to anyone with a credit to spare

Our intrepid cancer patient/hero is back and ready for a new try! Armed with knowledge of what is to come, you must do all he can to save the human race. Unfortunately small things seem to be different will the differences be too much to overcome?

Soundbooth does a fantastic job with the narration!

I love this story and can't wait to find out what happens next!

I love this author and his writing. This is not what I was expecting from the sequel, but it was so much more. This story is completely original from the 1st and leaves so much room for absolutely anything really. The time travling aspects are entertaining and well written. Soundbooth as always knocked narration and production out the park. Drop what your doing and give this author your full attention, you will not regret it.

this should be a side story or book 1.5 not book 2.
still pretty decent.