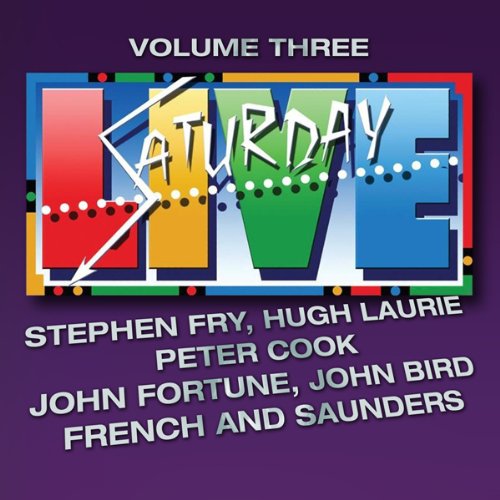 Based on the format of the American TV show Saturday Night Live, this home-grown comedy production was an enormous success and bought recognition and fame to a great many performers, many of whom are now household names. It was hosted by Ben Elton and Lenny Henry. In a series of sketches it introduced us to the talent and chemistry of Stephen Fry and Hugh Laurie; Harry Enfield, whose two memorable characters, Stavros the kebab shop owner and Loadsamoney became household favourites; established performers John Bird, John Fortune and Peter Cook; new talent such as Jo Brand; and in one extraordinary sketch, the Right Honourable Dennis (now Lord) Healey!

Stand up comedy from the late 1980s is never going to sound fresh and up-to-date, jokes about apartheid era South Africa and Thatcher can only date badly, but don't let that deter you from listening to Saturday Live. If you are a fan of Fry, Fortune and Bird this is an almost unique opportunity to hear three of them at the very start of their careers and Peter Cook, already past his best, is still very funny.