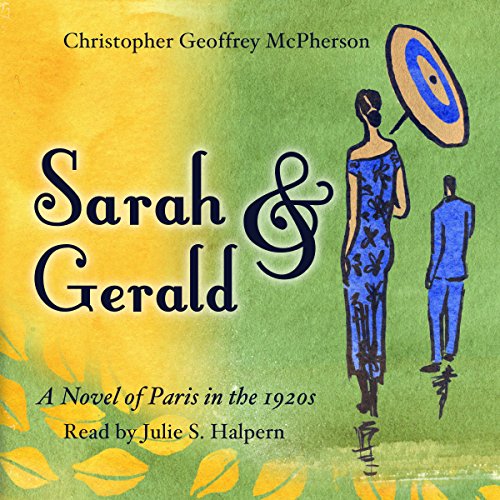 A Novel of Paris in the 1920s
By: Christopher Geoffrey McPherson
Narrated by: Julie S. Halpern
Length: 4 hrs and 21 mins
Categories: Fiction, Historical
3 out of 5 stars 3.0 (1 rating)

In the years after the Great War, life was golden and happy for those who had survived it. An entire generation of young men died so others could sit on a beach and splash in the water and have sandwiches on the sand. It was a golden time for American expatriates - like Sarah and Gerald - to be in Paris. Everything had worked out so well for them: they had money, they had friends, they had three golden children, and they had each other. And everyone was so young.

Gerald was a painter, and his bold new painting would shock the French art world; but the consequences of his artistic success would soon bring tragedy to Sarah and their family. Despite doing everything right, things would soon start going very wrong.