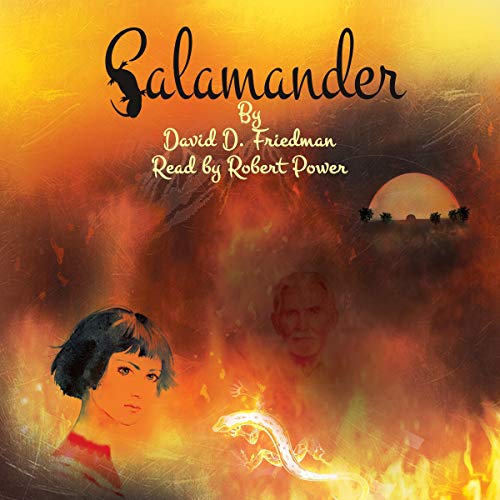 Magister Coelus, the College’s young and brilliant theorist, finally has a student capable of learning theoretical magery at the level at which he can teach it. He invites her to help him with his current research project, which promises to funnel through the hands of one mage more power than any mage has ever had. Ellen, who knows more about both the theory and practice of magic than a first year student should know, refuses, arguing that the Cascade will do more harm than good.

When news of the project reaches Prince Kieron, brother and heir of the king and Royal Master of Mages, he insists that it be completed in secret and employed, if at all, only under royal authority. Word has also reached Lord Iolen, Kieron’s competent, cold-blooded, and ambitious nephew, with his own ideas of how and by whom the Cascade should be used. Ellen and Coelus must together face the conflicting threats and demands of two arrogant and powerful men, the peril posed by the very existence of the Cascade, and their feelings for each other.

Forty years earlier Olver, a founder of the College, took the first steps in converting magery from a craft to a science. It is for his successors to deal with the consequences.

What listeners say about Salamander

The first act is weighty, but the narrator deftly guides you through it. You are then rewarded with a thrilling adventure.

Good story, great for teens - a bit to get going but then lots of fun. Exquisitely read, especially with accents and acting! Looking forward to more from both David Friedman and Robert Power.

Thoroughly Engaging From The First Words

Salamander delivers an engaging and enjoyable world of magic. Where it diverges from the Harry Potters of the world is in how magic ‘works’ and the consequences of its use. As the students learn how to become Magisters, they (and us) are given a practical framework of how magic works. This opens up so many more native possibilities than a simple spell approach. Robert Power brings this ‘magic school’ to life with seemingly effortless and welcoming narration. Characters are instantly recognisable and easy to differentiate thanks to Power’s impressive delivery, which builds on and extends Friedman’s world building. Highly recommended!

Great reading of a story of magical intrigue,

if you like political intrigue in a world of intricately thought out magical science then this is the story for you . Robert Power brings the characters to life with a superb reading.

As much as the story didn’t have me completely gripped, I found the narration by Mr Power to be thoroughly engaging! Fantastic work!

Great fantasy book about magic. It has a strong female lead and some good plot twists that keep you guessing. Robert Power's engaging narration brings the story to life and makes listening very enjoyable.

Really enjoyed listening to this story. It keeps you thinking about the different types of magic.

When fantasy novels include an element of magic into their stories, one tradeoff that they often have to consider is how much to explain the rules of their magical system. If the author doesn’t provide a coherent explanation for how magic works, it can sometimes feel arbitrary and the reader might worry that a deus ex machina will pop up in the end to save the day. If the author does explain their magical system, it can come at the cost of narrative pacing. Exposition becomes heavy, and the payoff is sometimes limited. Friedman threads the needle by setting his story in a world where magic is a nascent field of study, and the process of discovery is wrapped into the story itself. The protagonist Ellen, depicted as a very powerful, very clever girl, enrolls in magical college and is swept into a world of political machinations. She must use the knowledge she’s acquired to escape from danger, fight her enemies, and save the kingdom. The world Friedman sets up is rich with believable characters with realistic motivations and a somewhat awkward romance. The writing is engaging, and every detail matters. Major points in the book hinge on apparently minor details set up in the beginning, which makes reading this through for a second time an especially satisfying experience to catch those details. The voice acting was well done, though there were times when I was briefly confused by who was talking to whom, since it seemed there wasn't enough differentiation between the characters’ voices. For the most part, this was hardly a problem as the context would quickly answer any lingering questions. I’m a fan of Friedman’s economic books, and I’m glad his fiction didn’t disappoint either. I would definitely recommend this to anyone who likes books with clever characters and a clever plot.