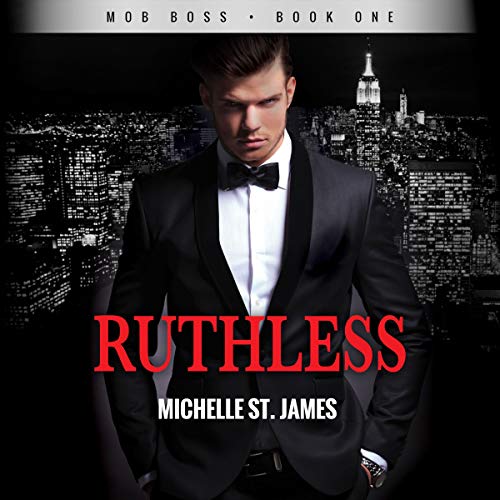 Two years out of college, Angelica Bondesan spends her time working as a barista, keeping in touch with her prodigal brother, and trying to figure out how to bridge the gap with her father, a wealthy real estate developer. But all of that changes the night she’s kidnapped. Thrown into a windowless room, Angelica is positive there’s been some kind of mistake - until she meets Nico Vitale.

Gorgeous and frightening, Nico became the boss of New York City’s Vitale crime family after the execution style murder of his parents. Since then he’s turned the old-school mob into a sleek, modern army of ruthless men who understand that physical violence - while always an option - isn’t the only way to get what you want.

Sure Nico is lying to her about her father's involvement in the criminal underworld, Angel hates Nico with a vengeance. But when it become obvious nothing is as it seems, Angel is forced to face the truth: Her father is not the man she believed him to be.

Nico Vitale is dangerous, possibly lethal. She is falling in love with Nico Vitale.

What listeners say about Ruthless

A Great Story Brought To Life

I fell in love with this story 2 years ago when I read it on my Kindle and finished it in 2 days. It was great to have the words brought to life, although it did take me a while to get use to a man doing a woman’s accent and vice versa. I look forward to hearing the other 2 books even though I know how the trilogy ends. Love Angel and Nico but I hope that Farrell and Jenna get their voices heard!!

IT WAS OKAY... BUT SADLY JUST OKAY

I knew this was going to be a trilogy - but I can never resist a good Mafia story.. and this seemed to have all the elements I love.. but sadly, somewhere in the mix of the third and first person’s POV chapters, for me, the plot dimmed and completely lost its sparkle. It was a “meh” okay listen that started off well enough.. but it just kinda fizzled out. This is just my opinion of course, but I wanted to really FEEL the chemistry, the heat, the push n pull friction and the passion climatically build.. but all I felt was lukewarm insta love. No spoilers.. but I wanted Nico to be darker - more the ruthless alpha boss he was billed to be.. but, as soon as he sees Angel, he turns into a besotted pussycat. I wanted Angel to stop being so naive when it came to her father.. but sadly she paid the price for her naivety. And I wanted much more suspense and action weaved into the plotline which should’ve thrilled me.. but sadly it was all underwhelming. This is probably a better read than listen because it needed a female narrator who could do a convincing alpha voice.. and maybe that’s where the problem I had with this listen lays. Worth a credit? Sorry, for me, it’s a no and I sadly won’t be carrying on with the trilogy.

Great start to a great series. Nico the mafia boss captures the daughter of his sworn enemy the man who killed his parents. Unaware of her father’s true identity and nature, Angel is pulled into the unfamiliar dangerous world of the mafia. It’s confusing and unreal but as the pieces fall into place she realizes she has fallen for her captor. How does she reconcile these feelings with her moral code and the real world? Nico is just as confused but he wants her. How will he navigate his world while protecting someone he loves who is totally unfamiliar with his world? These narrators did a phenomenal job in conveying the angst, passion and every intimate detail of these two separate personalities from completely different worlds. Great listen and on to book two. This is my favorite Syndicate couple.

This is the beginning of an amazing journey of the Syndicate Series. Nico and Angel meet by circumstances but love is instant. This story has it all action, revenge, world travel, romance and unpredictable. I already read the series in book but I was waiting for an audio book for a while and now that it is available it did not disappoint.

Will Nico and Angel survive?

Nico and Angel have great chemistry, but there is a personal problem that can keep them apart. Will Angel understand why Nico had to do what he did or will it keep them apart. I enjoyed listening to Mob Boss and felt the narrators brought Nico and Angel to life. I’m looking forward to the second book of the trilogy.