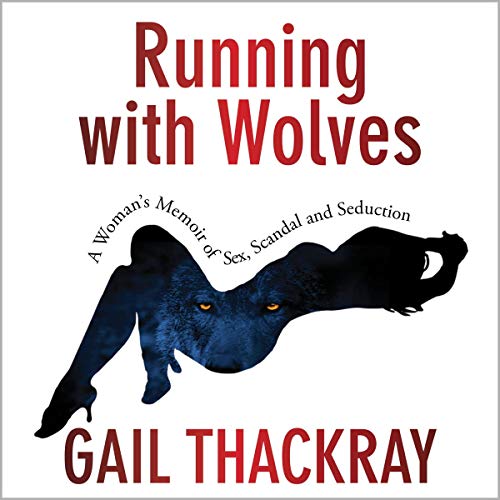 How did a young girl from England end up owning the largest erotic library in the world? From creating a multi-million-dollar phone-sex biz for the mob to shaking up Larry Flynt’s enterprise, Gail shares the raw truth running one of the largest adult companies through the advent of the web. A juicy, wild, and often hilarious ride, she maneuvers around the perversions and power struggles of a man’s world, dodging mob hits and the FBI and occasionally falling in love. From sexy pinup to Hollywood scream queen, Gail turned business mogul shooting celebrity sex tapes to forging deals with Yahoo. This true-life exposé will give you a mind-blowing, behind-the-scenes perspective on the "biz" - everything from the adult internet to mainstream Hollywood. A game of greed and intoxicating power.

But everything that goes up must eventually come crashing down. Finally, at the bottom of this insatiable, power-hungry, money-madness world, Gail wakes up, does a 180, and packs away her multi-million-dollar empire and asks herself, "What is this rat race really all about?" It’s raw, it’s juicy, it’s hilariously funny. Gail doesn’t pull any punches, from Tom Sizemore ODing in the bathtub to Mr. Billionaire’s wife in naughty phone-sex ads. It’s one OMG moment after another.

Sometimes real life is so absurd, it’s hilariously funny, and you just can’t make this stuff up.

Gail shocks the world with her sexy tell-all book - from Playboy model to Hollywood casting couch to business mogul, to amassing an erotic library valued at $50 million dollars. In the era of #MeToo, Gail emerges as a strong woman who manages to play the game in a man’s world and use it to her advantage. This is not about a woman as a victim. Nor is it dishing out the dirt on powerful men in Hollywood and the sex industry, it’s actually a light-hearted, often hilarious look at the real inner workings of a male-dominated industry and how a young girl was able to pull the strings.

Think Wolf of Wall Street in the sex biz!

Gail created a sexy photo library, shooting for magazines such as Penthouse, Club, and High Society in the '80s and '90s and changed the industry with her magazine, Barely Legal. Her book gives us an intimate look into the real lives of Guccione, Flynt, Hugh Hefner and wild parties at the Playboy Mansion. At the launch of the Internet, Gail owned over a million nude images and was the major supplier of naked pics on the web. Forester Research did an evaluation of Gail’s company at $50 million!

Gail reveals her time as a scream queen starlet (aka Gail Harris) and the inner workings of the Hollywood casting couch until she finally landed at the respected CAA with Michael Ovitz. She starred in a slew of B movies - Quentin Tarantino’s personal fave, Cell Block Sisters. Yahoo begged Gail to take their "dirty sex searches" they didn’t want! Gail turned it into a massive traffic hub that shut down the servers! Forging deals with Playboy, Yahoo, and technologies that paved the way for mainstream. Everything was developed in the sex biz; here’s all the juicy details. Throw in some details and Gail’s personal love life, and a few steamy threesomes.

Finally, Gail does a 180, packs in her multi-million-dollar sex biz and becomes a spiritual guru (not kidding). For the first time, Gail is exposing her past and merging the two worlds. Gail is a motivational speaker on "finding your sexiness", empowerment and manifesting, proving that you can be spiritual and business-minded.

What listeners say about Running with Wolves

A great and honest telling of a Gail's rise from pre-internet adult industry beginning to who she is today.

The author's story was interesting, but multiple weird errors in editing at the end of chapter 12 and background noise of birds chirping in the studio hint at low budget and predicted the ending for me. I won't go into it more here because I don't want to give spoilers, but read my review again afterward and it will make more sense.

I'm an independent woman and certainly no prude, so the subject matter wasn't objectionable to me. The author's decisions are another story. I was often confused by the narrator's reflections, at times ruthless, flippant or devoid of scruples. At other times totally clueless and innocent. She mentions she's a great mom more times than I could count. Perhaps she is and just feels on the defensive, but as Margaret Thatcher said, "Being powerful is like being a lady. If you have to say you are, you aren't."

She is supposedly a strong shrewd woman yet continues amicable relationships with several men who screw her over and never explains the reasoning behind why she tolerates that treatment. Just baffling to me...

Even so, it was interesting enough that I finished listening.