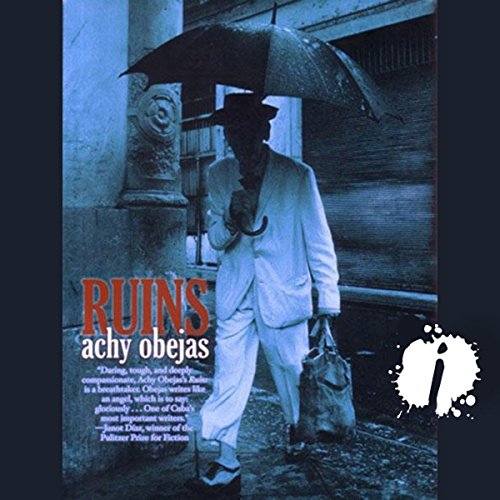 By: Achy Obejas
Narrated by: Jonathan Davis
Try for £0.00

Usnavy has always been a true believer. When the Cuban Revolution triumphed in 1959, he was just a young man and eagerly signed on for all of its promises. But as the years have passed, the sacrifices have outweighed the glories and he's become increasingly isolated in his revolutionary zeal. His friends openly mock him, his wife dreams of owning a car totally outside their reach, and his beloved 14-year-old daughter haunts the coast of Havana, staring north.

In the summer of 1994, a few years after the collapse of the Soviet Union, the government allows Cubans to leave at will and on whatever will float. More than 100,000 flee - including Usnavy's best friend. Things seem to brighten when he stumbles across what may or may not be a priceless Tiffany lamp that reveals a lost family secret and fuels his long repressed feelings. But now Usnavy is faced with a choice between love for his family and the Revolution that has shaped his entire life.

"Inlaid with images of transformation, this Havana story in the Hemingway mode illuminates the tragedies and resiliency of a twilight land caught in the spell of a failed dream and portrays with exquisite sensitivity a man reaching toward the light." (Booklist)

What listeners say about Ruins