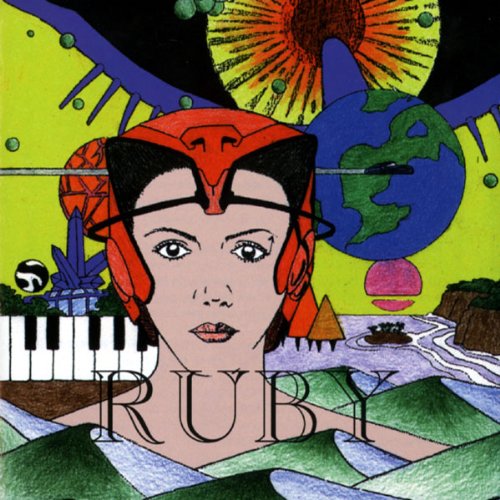 Ruby 4: The Moon Coins of Sonto Lore, the Turban of El Morya, Dark Night of the Reptoids, Mad Moon for Rubina

This edition contains all four unabridged episodes: "The Moon Coins of Sonto Lore", "The Turban of El Morya", "Dark Night of the Reptiods", and "Mad moon for Rubina".

Ruby is hired to find four moon coins. There is a myth that when the four coins come together, dimensions will shift. Along with Teru and Kapoor, Ruby explores a creepy planet of slithering reptilian beings called Reptiods.

Meanwhile, And/Or, guided by the spirit of Nikola Tesla, builds a 5th dimensional light machine that brings about the prophecy of the coins.

What listeners say about Ruby 4: The Moon Coins of Sonto Lore, the Turban of El Morya, Dark Night of the Reptoids, Mad Moon for Rubina

Where does Ruby 4: The Moon Coins of Sonto Lore, the Turban of El Morya, Dark Night of the Reptoids, Mad Moon for Rubina rank among all the audiobooks you’ve listened to so far?

It could be a bit confusing at times but the characters were endearing enough that the listener could go along. I only wish I could listen to all of it before Audible took it back.

What was one of the most memorable moments of Ruby 4: The Moon Coins of Sonto Lore, the Turban of El Morya, Dark Night of the Reptoids, Mad Moon for Rubina?

No, I wanted to listen to it all throughout the month.

One of the best Sci-Fi stories out there

This is my favorite out of the series, although I admit I’m a little biased. My father owns physical copies of the complete Ruby series, and I used to listen to them as a child, so they will always have a place in my heart. I recommend this series to anybody who’s a fan of weird 70s and 80s science fiction. The performances are all spectacular, and the music and sound effects are equally amazing. It’s a weird blend of futuristic and psychedelic that sets the series apart tonally from anything else out there. It is criminal how unknown these stories are, easily some of the best works of fiction in recent years that hold up even today.

In a attempt to "force" mood, almost every scene is marred by intrusive music which serves only to obscure the speakers who are talking some complicated concepts.

love it. Capoor is my favorite character. and is was very well done and fun to listen to.

Ruby and her friends out to save Summa Nulla. Weirdness ensues. There's Nikola Tesla, Mojo Sam, plus lots of reptoids. Good fun, although it gets a bit repetitive towards the end.