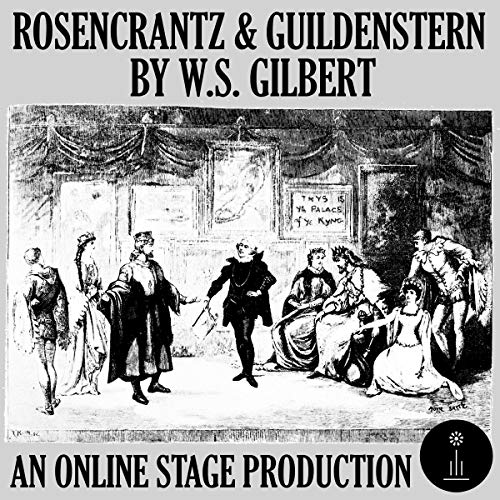 This play is a hilarious spoof of the original Shakespeare tragedy.

In the author's own words:

King Claudius, when a young man, wrote a five-act tragedy which was damned, and all reference to it forbidden under penalty of death. The King has a son - Hamlet - whose tendency to soliloquize has so alarmed his mother, Queen Gertrude, that she has sent for Rosencrantz and Guildenstern to devise some Court revels for his entertainment. Rosencrantz is a former lover of Ophelia, to whom Hamlet is betrothed, and they lay their heads together to devise a plan by which Hamlet may be put out of the way. Some Court theatricals are in preparation. Ophelia and Rosencrantz persuade Hamlet to play his father's tragedy before the King and Court. Hamlet, who is unaware of the proscription, does so, and he is banished, and Rosencrantz happily united to Ophelia.

What listeners say about Rosencrantz and Guildenstern