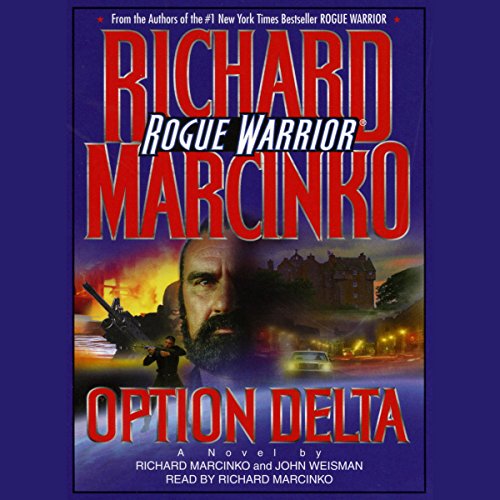 A brilliant virtuoso of violence, Richard Marcinko rose through Navy ranks to create and command one of this country's most elite and classified counterterrorist units, SEAL TEAM SIX. Now this 30-year veteran recounts the secret missions and Special Warfare madness of his worldwide military career -- and the riveting truth about the top-secret Navy SEALs.

Marcinko was almost inhumanly tough, and proved it on hair-raising missions across Vietnam and a war-torn world: blowing up supply junks, charging through minefields, jumping at 19,000 feet with a chute that wouldn't open, fighting hand-to-hand in a hellhole jungle. For the Pentagon, he organized the Navy's first counterterrorist unit: the legendary SEAL TEAM SIX, which went on classified missions from Central America to the Middle East, the North Sea, Africa and beyond.

Then Marcinko was tapped to create Red Cell, a dirty-dozen team of the military's most accomplished and decorated counterterrorists. Their unbelievable job was to test the defenses of the Navy's most secure facilities and installations. The result was predictable: all hell broke loose.

Here is the hero who saw beyond the blood to ultimate justice -- and the decorated warrior who became such a maverick that the Navy brass wanted his head on a pole, and for a time, got it.

The book Rogue Warrior is great, however, once you download this you find out they have book mixed up with "Operation Delta." Having pointed this out over a year ago, they still have not fixed the problem. How hard is it to fix - These people don't care.

This is not Rogue Warrior

As usual I’m not disappointed.Always a good time.👍🏻 A very detailed look into the world of this Rogue.

I love the stories ,and the action. I also love to here from the wrighter. The only thing i do not like is abridgement. I like the whole story even if it drags a little. you lose so much when you abridge the book. In the future i would love to listen to Richard read the whole book.

Wow - an entertaining and cool ride

The next best thing to a good action story is a true action story - Rogue Warrior is just that. Loaded with engaging content and lessons on being unconventional, this is a great listen. The author's voice makes it even more entertaining...but then again I'm a Demo Dick Marcinko fan. Phoque Six ;)

was excited about the book, but lost appetite due to poor language and did not finish.