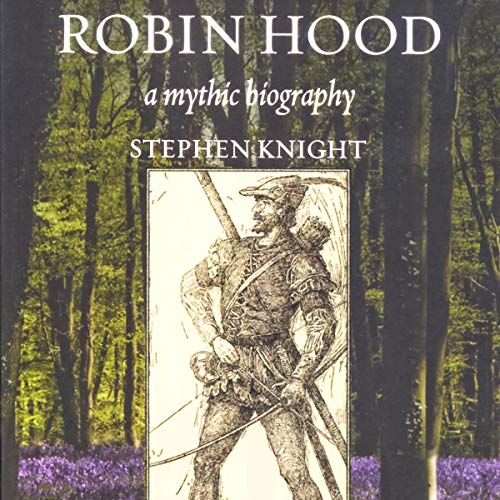 The only figure in the Dictionary of National Biography who is said never to have existed, Robin Hood has taken on an air of reality few historical figures achieve. His image in various guises has been put to use as a subject of ballads, nationalist rallying point, Disney cartoon fox, green-clad figure of farce, tabloid fodder, and template for petty criminals and progressive political candidates alike.

In this engaging and deeply informed audiobook, Stephen Knight looks at the different manifestations of Robin Hood at different times and places in a mythic biography with a thematic structure. The best way to get at the essence of the Robin Hood myth, Knight believes, is in terms not of chronological and generic progression but of the purposes served by heroes. Each of the audiobook's four central chapters identifies a particular model of the hero, mythic or biographic, that dominated in certain periods and in certain genres and explores their interrelations, their implications, and their historical and sociopolitical contexts.

"Documents the enormous scope of the myth - revolutionary, reactionary, chivalric, homosexual, patriotic, or whatever the audience will allow, even slapstick." (London Review of Books)

"Stephen Knight is the premier Robin Hood scholar in the world." (Thomas Hahn, University of Rochester)

"Knight valiantly conveys everything said and done about our hero Robin Hood since the last quarter of the 14th century." (Globe and Mail, Toronto)

What listeners say about Robin Hood