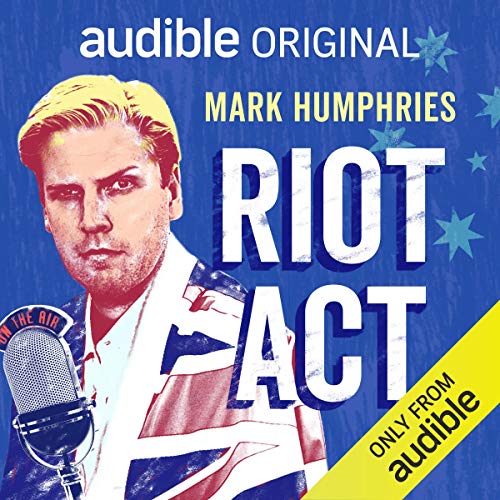 What listeners say about Riot Act

Bloody facking brilliant! Taking the piss out of racists, leftists and the worst people on earth, shock jock djs. I laughed so much I nearly lost my job! Good on ya, ya beauties!

Seriously had me laughing out loud. The characters are all flawed, terrible people who I love to pieces, and the jokes are on pulse and wonderfully satirical.

Some parts are hard to hear, where the music or SFX are too loud and drown out the voice actors, but it isn't too bad.

I cried with laughter

I'd give negative five stars if I could

I dont know Mark Humphries or that Feltcher guy, nor would I care to.

This audible is the worst thing that's happened to me so far in 2020.

Satire on the media

Excellent satire on the media told with an authentic Australian voice. An entertaining ensemble performance

not funny format has been done before and slot better. Stopped listening after 10 minutes

Not very funny or interesting

Not very funny.....
Not very interesting or salcadtic.
Ironic maybe
Listened to half the first episode and was board.......
Deleating now.......

This show was awful, I did not enjoy it one little bit. I listened to 3/4 of the first episode and gave up. Save your time, there are far better programs on here then this.

Crass and foul mouthed. Had it been funny it may have been worth persevering.

this podcast meant something to me 🤠 Well acted and thought out. Not many producers could make a funny guy mean something important.