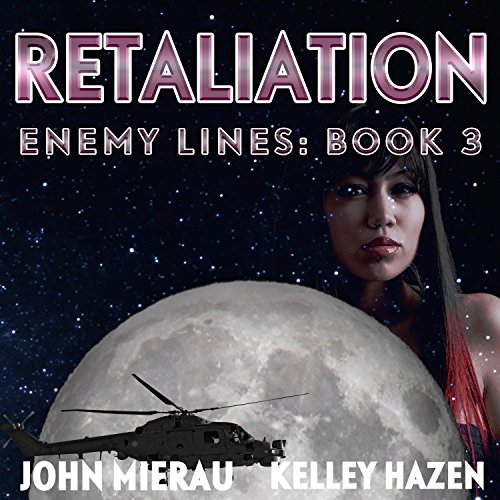 Jonah Harwood is a human who has lived offworld for decades. Now he is both hunter and hunted when he returns to Earth to protect the secret of his people: the Wrights. Dedicated to advancing the human race to defend itself against an alien invasion they know is coming.

The Wrights were infiltrated and attacked. Their numbers decimated, their secrets stolen. Jonah must find the sole grey-skinned creature that survived attacking the Wrights, before he can reveal their existence.

FBI agent Sarah Fuller has been drafted by Division 10, a secretive government agency to capture Jonah and his grey-skinned quarry. Now she is learning the truth about visitors from beyond the stars and about Typhon Systemwide, the corrupt corporation infiltrating the US government to steal the extraterrestrial's technology.

Spies, soldiers, thieves, and aliens. All caught in a power play to control the future of our world. A future where humanity isn't the only player, and the lines aren't as clear as you think.

The third in the thriller/space opera series Enemy Lines pits man against a coming reckoning at alien hands - if we can survive our own eternal greed.

What listeners say about Retaliation

Where does Retaliation rank among all the audiobooks you’ve listened to so far?

I really love this series - it's at the top of queue particularly for science fiction.

It's got so many story lines. So it's complicated, you can't figure it out and you don't know what's coming next. And you are really rooting for the good guys and against the bad guys. The bad guys are really bad and the good guys are great. And some of the good guys are 'bad' good guys so its not like it's all sunshine and cookies all the time. It's a smart story too. Mierau knows, his stuff, pays attention, follows the news, thinks about the future. And he doesn't write down to us - he believes his audience is smart and looking for a full-on wild ride.

What about Kelley Hazen Storyteller Productions’s performance did you like?

It's a solid read. I really can't imagine anyone else reading this series. It's a lot of dudes, too.

WARNING: Far too much fun for the faint hearted.

What was one of the most memorable moments of Retaliation?

The journey of discovery that virtually every character is on here, from self to the way the galaxy runs is fascinating.

What does Kelley Hazen Storyteller Productions bring to the story that you wouldn’t experience if you just read the book?

One could overdose from too much at one time.

Why hasn't this been made into a movie or TV series?

I would recomend this for the characters, multiple interwoven story lines and the very good universe building John has done in the series.

The interlaced stories of Harwood and the theives, the asteroid miners, the Galvaston station and it's people, Division 10, etc. The details of these storylines and they way they are interwoven is really interesting.

I definately finished this in one sitting and can't wait for the next issue.

This is a slow burner, watch out when it catches..

What did you love best about Retaliation?

This keeps up the pace generated in the first two books, tapping on the accelerator pedal at the just right moments. The main action continues on Planet Earth, but there are plenty of subplots to keep up with. I know they'll all come together at the end, but I can't see how and I'm looking forward to finding out.

Jonah continues his heroic mission, but Bruno the Bad-ass keeps his end up!

What about Kelley Hazen Storyteller Productions’s performance did you like?

It's a very clear performance with what initially seems like a deadpan delivery, but the vocal characterisations are spot on.

I shocked and saddened when a character I thought would go all the way just died in a brutal and seemingly pointless death. There will be vengeance, won't there? John, please tell me there will?

Can't wait for the next book in the sequence, get Subversion and Infiltration first...