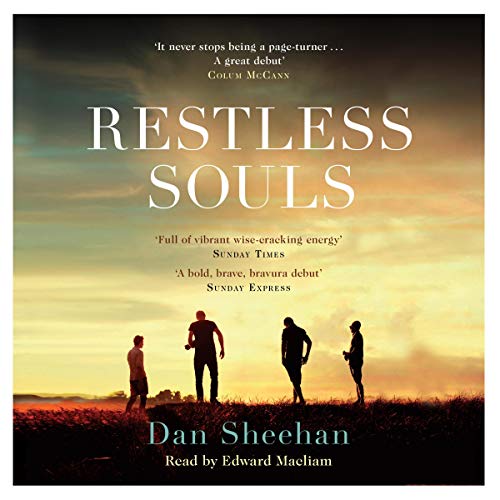 Tom, Karl and Baz grew up together in down-on-its-luck Dublin. Friends since childhood, their lives diverged when Tom left home to be a war correspondent. Now, after three years embedded in the Siege of Sarajevo, he returns a haunted shell of the lad who went away.

Karl and Baz have no idea what they're doing, but they are determined to see him through the darkness, even if it means travelling halfway around the world. Hearing about an unlikely cure - an experimental clinic called Restless Souls - they embark on a road trip across California.

But as they try to save Tom from his memories, they must confront their own - of what happened to their childhood friend Gabriel. And in doing so, they must ask how their boisterous teenage souls became weighed down and why life got so damn complicated and sad.

What listeners say about Restless Souls