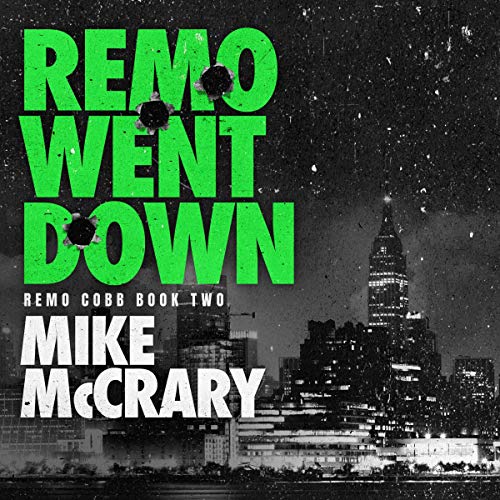 By: Mike McCrary
Narrated by: Tom Taverna
Try for £0.00

Remo Cobb was down on his luck before, but not like this. In the blink of an eye his flashy life of being a big money, heavy drinking, pill-popping attorney came to a screeching halt. After being fired from the highfalutin law firm following a violent altercation, his days of wheeling and dealing for the accused are over. Now, all he wants to do is pick up the shattered remains of his life and spend some time getting to know his son, but the law isn't ready to let him go. Not yet. One huge favor could mean the difference between moving on or getting used to living under law enforcement's thumb. It's either team up with a band of unlikely cohorts to take down a powerful former client or go directly to jail. The renowned Remo Cobb may have finally met his match, but he's not ready to go down. Not without a fight. Remo Went Down is the second book in the Remo Cobb series picking up right where the fast-paced, pulp fun of Remo Went Rogue left off.

What listeners say about Remo Went Down

Better than the first one

Maybe it took some getting used to, but I enjoyed this second book more than the first one. The story was more interesting, and the main character became a bit more sympathetic. It's violent, profane, and action-oriented. Good fun if you're into reading about a seedy person doing seedy things, but then aims for a tiny bit of redemption.

I don't usually do this but I listened to book 2 immediately upon finishing book 1, Remo Went Rogue. Ohmidays, what a life Remo leads! I think the idea of the partnership Remo ends up in is inspired. They're like the 3 Stooges, only dangerous. Once again the writing is very dry and witty with a great deal of dark, sarcastic humour and excellent put downs and one liners.
The characterisation of Remo is beautifully written, with layers slowly being revealed, as if peeling an onion. The whole concept is brilliant and I cannot wait to see what happens in book 3. I'm thrilled to recommend this book