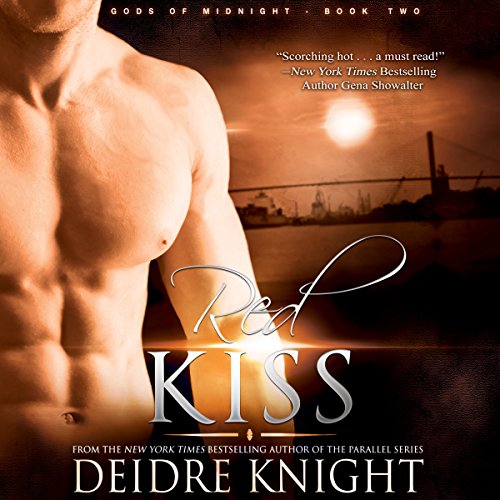 By: Deidre Knight
Narrated by: Joel Richards
Try for £0.00

An immortal warrior trapped in weapon form finds salvation in a beautiful medium determined to deny her gift....

River Kassandros has spent more than 2,000 years as a humble servant, bound to immortal Spartan warrior Ajax for eternity as his captain's weapon of choice. The two complete each other, forming a powerful fighting team against demonic foes. But at the height of an epic battle, River is flung into the depths of the Savannah River by their darkest enemy.

Cast into the water before he can return to human form, River becomes trapped as a dagger for several heart wrenching, unendurable months. Until one mortal with a rare gift hears his mute, supernatural plea for help. Emma Lowery has sought to suppress her abilities as a listener for years, ever since her twin sister Leah drowned - and there was nothing she could do to stop it. But there's something irresistible in the voice she hears from the storm-tossed Atlantic waves, a passion-filled cry that gives her the strength to unlock her gift, if only just this once...even for someone she's never met.

As River and Emma start to explore their feelings for one another, a newfound passion arises, and River must come to terms with his status as a slave before his shame can destroy whatever chance he and Emma might have. But they are soon met with a force so evil, River might never even get the opportunity. A force that threatens not only them, but all of humanity.

What listeners say about Red Kiss

I enjoyed listening to the narrator. His accents are wonderful.
The story was good. There are few questions about Rivers past that they talked about a lot but was never fully explained. Since it involved Nico, I hope it is elaborated on in his book.