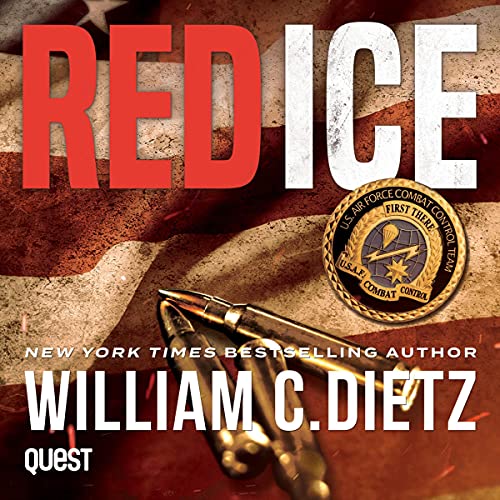 From William C. Dietz, the New York Times best-selling author of the America Rising series, comes Red Ice. A military thriller so believable the story could be ripped from tomorrow’s headlines.

World War III is a month old. After sinking the Destroyer USS Stacy Heath, the Chinese invade Tibet and India counterattacks. Rather than allow the Chinese to seize control of the subcontinent, the US sends 20,000 soldiers to join the fight. The Russians use the opportunity to invade Ukraine, which leaves NATO with no choice but to respond. American forces are spread thin, and the decision is made to evacuate all personnel from Afghanistan. Troops have already begun to pull out, when Air Force JTAC Dan Falco receives orders to kill a ruthless Taliban leader named Noor Mohammad Hashemi. But it won’t be easy. Meanwhile 7,000 miles to the north, the Russians are holding a training exercise called Red Ice. Except that it isn’t a training exercise, and, if American forces fail to stop the enemy, the Russians will land on American soil.

What listeners say about Red Ice