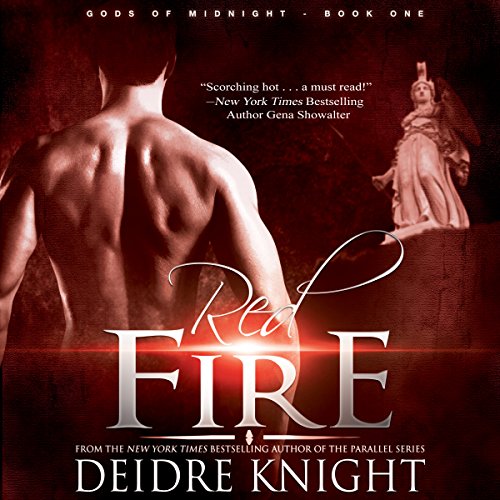 By: Deidre Knight
Narrated by: Joel Richards
Try for £0.00

After 25 hundred years as an immortal protector, fate is trying Ajax Petrakos's patience. The lethal, but exquisite Greek warrior has been King Leonidas' right-hand man since ancient Sparta - and before their immortal bargain with the god Ares. The millennia of epic fighting has taken a toll on Ajax, and he's nearly given up on finding his prophesied love. Tasked with a mission in Savannah, Georgia, he hardly expects the tidewater town to shelter his destined mate.

Shay Angel has inherited her family's "sight", the ability to see demons and other creatures of the night. If you can call nearly losing the family home, being bloodied every night, and having a pack of demons out for your life an inheritance. As the first female demon-hunter in the Angel family, she quietly strives to unlock the secrets she knows her two brothers have been keeping from her. But their over-protectiveness might just be enough to put her in more danger than they could ever anticipate, when she comes face to face with an ancient winged warrior named Ajax.

When Ajax and Shay meet, their attraction is instant - and intense. But their time together is threatened by the demons that continue to stalk the Savannah streets - demons who seek only one objective: to consume humanity. Together, the fated lovers must solve an unavoidable prophecy, one that could mean the end of them if they don't act quickly; a prophecy that holds a life-shattering secret all its own.

What listeners say about Red Fire

I am so happy I purchase this book. For under 10 .00 it is a deal. A very good love story with adventure in the mix as well. I don't want to give any spoilers but you will love it and no cliff hangers. You will be introduce to what will be told in the next book.
I will be getting more books in this series so hooked.

I had never heard a book by the author or narrator before and I most say that I am now a fan of both. Nice story. I will be looking for the next in the series.

It is a good book, but I just could not get into the characters.

Shay has a gift and a curse. Although her mother recently passed away her gifts have exploded and nothing is going to stop them from progressing. But when a kink in her plan to become a fighter is stopped by a spartan god, she rethinks what she was created to do.

Ajax is a spartan warrior, serving his king and gods. When finally one night he meets his forever love and will stop at nothing to protect her and kill those trying to take her from him.

I am impressed that the narrator was able to read without laughing at times. The story plot line was really good, it's just that so much of the dialogue had me literally rolling my eyes. If you can get past the ridiculously corny parts, it is entertaining.

Its not well written, sounds like it was written by an oversexed guy. Too much on the sex and not enough story development.

started with a good storyline,but alas it was slow moving and repetitive. Boring. so disappointed.

king and his men

love that a few of the 300 live on. a good and enjoyable read and listen. Voices narrations are done exceptionally well. very entertaining