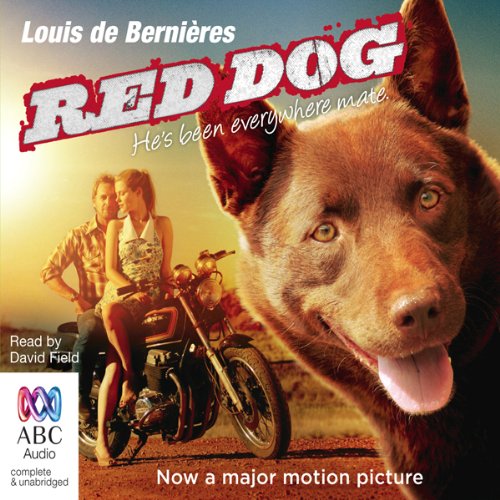 Red Dog is a West Australian, a lovable friendly red kelpie who found widespread fame as a result of his habit of travelling all over Western Australia, hitching rides over thousands of miles, settling in places for months at a time and adopting new families before heading off again to the next destination and another family – sometimes returning to say hello years later. While visiting Australia, Louis de Bernières heard the legend of Red Dog and decided to do some research on this extraordinary story. After travelling to Western Australia and meeting countless people who'd known and loved Red Dog, Louis decided to spread Red Dog's fame a little further. The result is an utterly charming tale of an amazing dog with places to go and people to see.

Nice story, I think everyone believes their dog is a bit like red dog; free at heart but knows where home is

OK for a freebie but glad I didn't buy it

Although it was well narrated I felt that it was missing a bit of substance. I had to check if it was a children's book early on as nothing much seemed to happen in it.

The fact that the author had pieced together stories of this dog's life from word of mouth stories.

Which character – as performed by David Field – was your favourite?

Could you see Red Dog being made into a movie or a TV series? Who would the stars be?

I understand that it has been. Maybe it is better than the book.

A bit of a disappointment for a book by this excellent author. I think I'll dig out Captain Correlli's Mandolin again for something a bit more engaging.