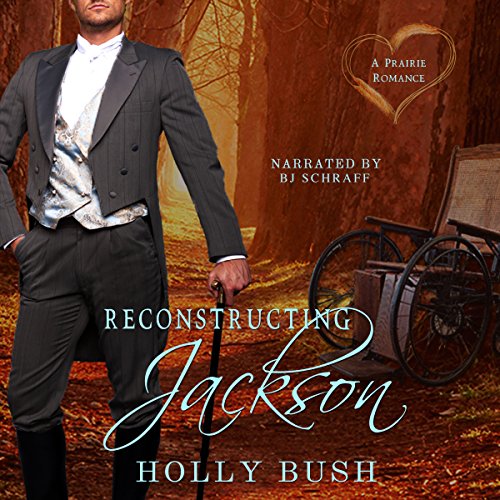 Southern lawyer and Civil War veteran, Reed Jackson, returns to his family's plantation in a wheelchair. His father deems him unfit, and deeds the Jackson holdings, including his intended bride, to a younger brother. Angry and bitter, Reed moves west to Fenton, Missouri, home to a cousin with a successful business, intending to start over.

Belle Richards, a dirt poor farm girl aching to learn how to read, cleans, cooks, and holds together her family's meager property. A violent brother and a drunken father plot to marry her off, and gain a new horse in the bargain. But Belle's got other plans, and risks her life to reach them. Reed is captivated by Belle from their first meeting, but he is wheelchair bound, and unable to protect her from violence.

Bleak times will challenge Reed and Belle's courage and dreams as they forge a new beginning from the ashes of war and ignorance. Reconstructing Jackson contains some violent scenes and some use of offensive racial language in dialogue, true to the period and circumstances.

What listeners say about Reconstructing Jackson

This narrator was extremely enjoyable to listen to. Have listened to 40 books this year and he was the best!! Will look for more books narrated by him.