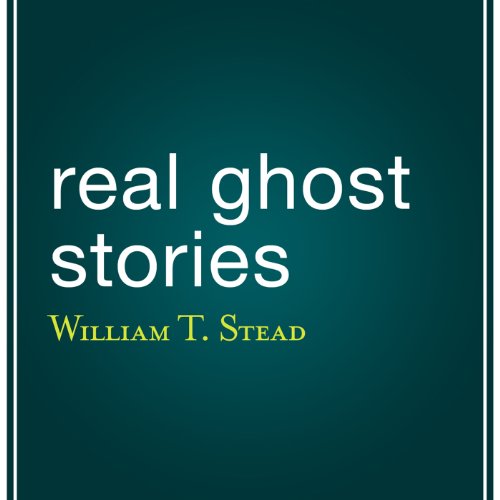 Author Stead was a Victorian-era journalist who used the press to influence societal mores and politics. He was famous for pioneering tabloids and for dying aboard the Titanic. Stead believed in the spiritual realm. He studied psychic phenomena and was versed in obscure terminologies used to define and categorize psychic experience. Narrator Scott Woodside’s curious and encouraging tone guides listeners through Stead’s sensational tutorial. Psychic phenomena are described at face value, then reviewed again using theories regarding functions of the unconscious. Then the book details and classifies various ghostly encounters. Woodside’s friendly fireside voice doles out Stead’s persuasive rhetoric. Listeners will become educated on psychic phenomena. Both believers and unbelievers will get goose bumps when hearing Woodside recount the ghost tales.

Many people will object - some have already objected - to the subject of this book. It is an offence to some to take a ghost too seriously; to others it is a still greater offence not to take ghosts seriously enough. One set of objections can be played off against the other; neither objection has a very solid foundation. The time has surely come when the fair claim of ghosts to the impartial attention and careful observation of mankind should no longer be ignored. In earlier times people believed in them so much that they sought their acquaintance; in later times people believe in them so little that they will not even admit their existence. Thus these mysterious visitants have hitherto failed to enter into that friendly relation with mankind which many of them seem sincerely to desire.

Not a collection of ghost stories at all

If you are doing research on paranormal phenomena in general.

What was most disappointing about William T. Stead’s story?

It wasn't a story at all, but a collection of essays on all things supernatural. Not a bad collection at that, but a completely misleading title.