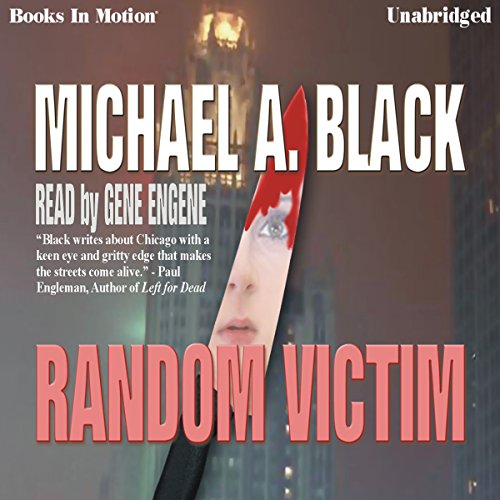 By: Michael A. Black
Narrated by: Gene Engene

The case wasn't just cold - it was ice-cold. But the murder of Miriam Walker had a pretty high profile in the middle of a tough re-election campaign, so the Cook County sheriff assembled a task force to get results... and put Sergeant Frank Leal on it.

Leal is still getting over the death of his partner and some wounds of his own, both emotional and physical, so working as part of a team might be tough. It doesn't help that a lot of people don't really want the case solved...including Miriam Walker's husband and the men he hired to take care of Miriam for him. Leal isn't even sure he can trust the rest of the team, but he's got a job to do, and he's not going to quit until he finishes it...no matter who gets in his way.

I very rarely write reviews (all positive so far) but felt I had to say something about this book. I should also say that I persevered until the end: I buy lots of audiobooks and spend up to several hours a day listening, so I can't afford to waste the cost of a purchase, unless the book is execrable. This one isn't, but the story and story-telling are mediocre (3 stars): the characters are wooden, stereotyped, and totally unsympathetic. The plot is fairly predictable, hence the perseverance. What sets this book apart is the absolutely terrible reader -- a grating voice to begin with but poorly-spoken and unbelievable voices for almost every one of the characters as well. There are also several unforgivable mispronunciations of fairly common words, which grate on the ear of this fairly literate listener. I will never again buy a book read by this reader.

I really liked the story line of this book. It kept me interested to the end. Great reader...I don't know how he makes all of those voices, but he does. Highly recommend..

Not a bad plot but the story is spoiled by a terrible reader who gives each character a moronic muggs accent. Painfull to listen to him.