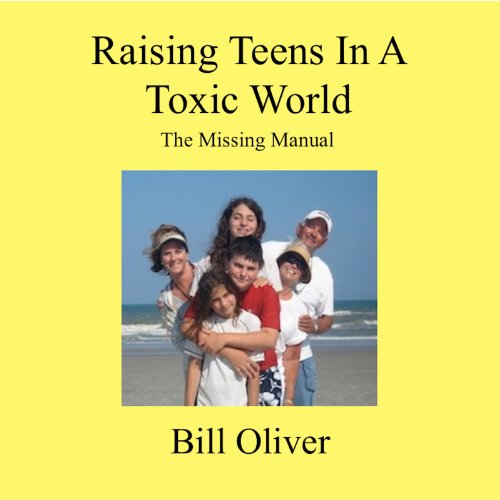 Raising Teens in a Toxic World: A Survival Guide for Parents

These are no longer the happy days for kids in America. School shootings, drugs and alcohol, and premature promiscuous sex are only symptoms of a toxic culture run rampant. Let's face the fact that the Disney song "It's a Small World After All" no longer hold true. It is a big world and a dangerous world for kids growing up today. Raising Teens in a Toxic World is a guidebook to help parents navigate their way through the passage we call adolescence. Its goal is not to tell parents what to think. Its goal is to get them to think...to parent consciously...and confidently. The audiobook is loaded with both strategies and tactics that are practical, achievable, and powerful.

It was popular to say a few years back that it took a village to raise a child. Today's village has a toxic sewer running down Main Street and many children are playing either in it or along its edges. The question all of us ask as we read about Colombine, Sandy Hook, Pearl, Mississippi is where were the parents? They were there...but so was the toxic culture that teaches that violence is fun, sex is sport, and drugs are cool. The last nation that taught its children that violence was fun was ancient Rome...and now the USA.

Boxing has now been replaced by "Ulitmate Fighting Championships". Monopoly has been replaced by point-and-shoot video games. We are in a rush to legalize marijuana. This book, written by a dad whose daughter got caught up in this "culture of death", contains lessons learned the hard way...in the classroom of life itself. It is an important audiobook for today's parents.

What listeners say about Raising Teens in a Toxic World: A Survival Guide for Parents