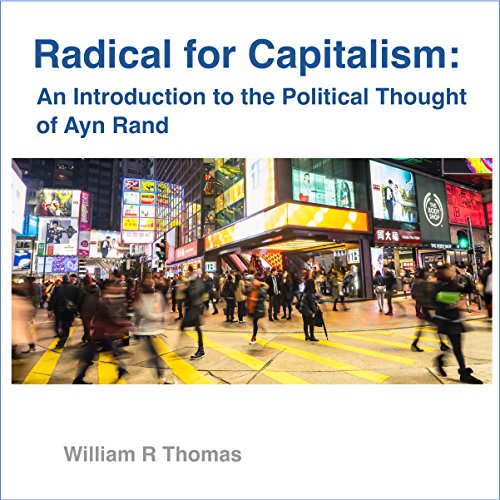 Radical for Capitalism: An Introduction to the Political Thought of Ayn Rand

This essay explores the political theory of Ayn Rand, a topic that catapulted to the national stage during the last presidential election following the nomination of Rep. Paul Ryan (a self-described enthusiast of Rand's ideas and novels) to the Romney ticket. Ayn Rand's ideas continue to generate public debate in political and cultural circles, but those ideas are frequently misunderstood and misrepresented. This book provides a succinct summary of key aspects of her thought, enabling you to intelligently discuss Rand's ideas with others. It is written by a proponent of Objectivism, the philosophy that Rand founded.

Overview of "Radical for Capitalism: An Introduction to the Political Thought of Ayn Rand"

Critiques of Ayn Rand that denounce her for a cold materialism are simply off-point, the author argues. Rand looked out on the world and saw endless vistas of possibility for human beings. Hers was not the despairing, post-religious nihilism that characterized so many 20th-century philosophers. Rand's works endow the essential activities of modern human life, including productive work, the use of human reason, and exchange through the marketplace, with the spiritual stature of moral greatness. That her works have this inspirational value is clearly evident in their enduring popularity. Rand projected a sense of nobility appropriate to modern scientific and industrial civilization, embracing business life and technology with a wholehearted appreciation of their potential. This is one basic aspect of the vision she projected in her novels, and it is this exalted view of industry, individualism, and the free market that had the strongest effect on American culture of all her ideas.

What listeners say about Radical for Capitalism: An Introduction to the Political Thought of Ayn Rand